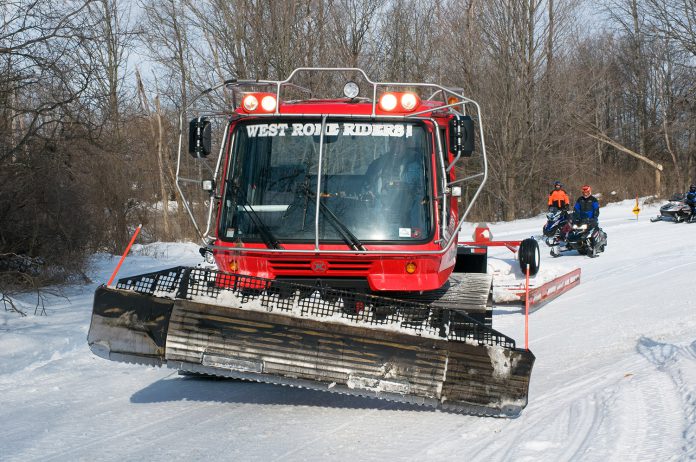 If you already have plenty of volunteers for your club activities, just go on to the next story. If not, maybe it’s time to have a discussion.

I hear people (at the local, state, national and international levels) talking about members and other riders who don’t volunteer, even though the same people complain about a trail if there’s a single mogul on it. While I understand it, I don’t think it’s totally their fault.

Yeah, this is going to offend some people, but if we keep doing the same stuff, saying the same things, complaining about the same things and finding that we still have the same problems; isn’t it time we reconsider our approach?

From my experience, some common problems crop up:

Often, the standard response is: “We don’t do it that way; we do it this way”. In reality, all new processes and procedures started with a new idea someone had.

If someone wants to be involved and has ideas, approach them with an open mind, welcome their input and openly discuss it to see if the idea has merit – or you can show them why the idea wouldn’t work.

Shut them down for what you consider a stupid idea and they will likely never raise their hand again.

When you have a sign-up sheet for a club work party, call everyone on the list that signed up, don’t just call the people you know.

Here’s an example: “My Trail Co-Captain on our 16 miles of trail asked me to call people about our upcoming trail party. Usually we’d get 4 to 6 people to show up and it would take two workdays to complete.

I called all the familiar names on the list. After that, I started calling people on the list whose name I didn’’t recognize, and many said they’d been signing up for three years and this was the first time they ever got a call.

Whose fault is that? Not the volunteers…it was our fault. I called everyone and we had 15 people show up. We created three teams and marked all our trails in half a day.

3. You wasted their time

Everyone’s time is important; we lead busy lives. When someone shows up for a work party, find them something to do.

A friend of mine relayed to me why he quit his club. He was active, he volunteered, he attended a groomer training workshop and brought his completion certificate back to the groomer manager for his club.

The guy looked at him and said: “You ain’t driving my groomer”. My friend left the club and eventually snowmobiling. The club lost. My friend is actively involved in several volunteer organizations to this day, but won’t stay where his efforts are not wanted or appreciated.

People’s time is as valuable to them as yours is to you. Waste their time and you likely will never see them again.

Every club has them, even if you don’t think so. But what is a clique? Generally, a group of people who are longtime friends or co-workers who are comfortable with each other.

Is it a harmful group? No, but it looks daunting to the new guy who just walked through the door. If you can make an effort to welcome that person, learn about them, include them, you may have a volunteer. Better than that, you may have a new friend.

Why do we snowmobile? Because it’s fun. That’s the bottom line. If you aren’t having fun, you’re doing it wrong. One of the functions of a club is to have fun with other people who love our sport.

We’re all snowmobilers, every part of our experience should be fun, including working with other members.
If your work details don’t have an element of fun, add some. We buy our work crews lunch after a trail party.

It’s a way to thank them, which leads to my last point:

Do it often, do it in public. You have a much better chance to see them again if they know you appreciate them.

My club has had some success with gaining volunteers (though, we always want more) because we’ve taken some time to think about how we act as a club instead of complaining about how ‘they’ don’t volunteer.

So, if you’re short of volunteers, take some time to consider these ideas and share them with your club leadership. At this point, what do you have to lose?