Are Gas Prices Changing Our Expectations? 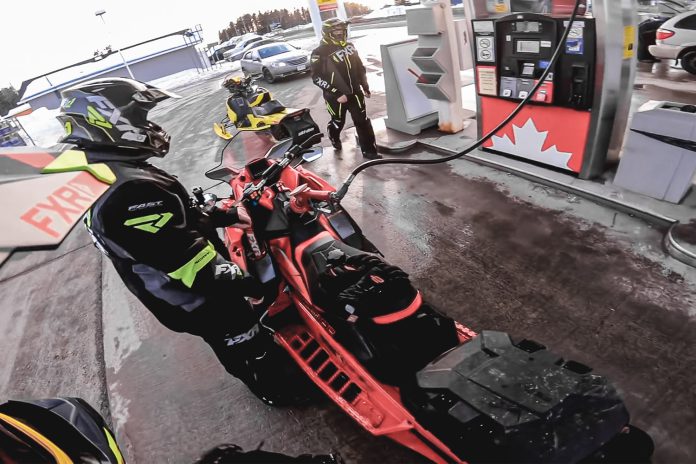 No denying it; everyone who owns something with an ICE (internal combustion engine) under the hood is feeling the pain of stratospheric gas price increases the past year. What I find personally beyond the limits of reason is the ludicrous assertion these insane prices are justifiable as a pry bar to move people across North America from ICE power to electric powered vehicles.

This logic is so flawed, so blinkered it qualifies as rationale from the “Twilight Zone”. Why am I even daring to challenge this politically-correct mindset?

First, there is no credible nationwide charging infrastructure close to ready for consumer use. It will be 15 to 20 years before you can strike out on a holiday trip or a cross-country tour with an electric vehicle that can stay toe-to-toe with a gas burning conveyance. The second problem is the continued “no-show” of the much ballyhooed “super battery” promised to deliver comparable range to an average ICE powered vehicle and – this is a biggy – a recharge time of 15 minutes or less (like a gas engine) plus stable performance at any temperature (like a gas engine).

These realities loom large and as such they discourage the wide acceptance of battery power over ICE power in the near future. However, if the Super Battery shows up tomorrow I will acquiesce and accept the fact electric power is practical and here to stay.

Right now, not so much. In fact, check how many electric powered cars are back on the market after relatively short ownership. Many surveys show a high degree of frustration, to the point of purchasers claiming they’ll never buy another electric vehicle.

Okay, that’s my rant for now. Here’s what I think is important for the snowmobiling fraternity to consider. Right now we have one electric snowmobile OEM: Taiga. They have delivered an exceptionally good snowmobile from every competitive aspect of comparison.

Good handling, respectable ride quality, high quality of finish, seamless integration of electric power and the list goes on. So here’s the real issue. Albeit Taiga’s products have a host of top-notch features, they do not, as of this writing, have acceptable range or time to recharge, let alone the potential for a snowbelt wide chain of Super Chargers (Series 3 fast chargers). These realities, all related to electric power are enormous.

Taiga does not claim a range of 100 miles (160 kms) per charge yet. IMO, that’s not going to undermine Taiga’s first couple years of sales. There will be demand from utility/ski hill/poleline/resort/rental operators for the Taiga. What won’t be huge will be the line marked “seasoned, experienced, savvy snowmobilers stand here for the next available Taiga”. Snowmobilers need range, rapid recharging and the ability to resist degradation in cold temperatures.

Okay, none of this info is new. The powersports world, including ATVs, SxS, dirt bikes and the PWC/Marine market are in the same boat (pun intended). Oh, and right now the expectation of an off-road charging network is linked to the super low cost of electricity for the retail automotive on-road market. Does anyone think a resort or rural charging station located on a remote snowmobile trail will “fill you up” cheap? I don’t.

These same operators who sell us fuel in the winter for our sleds are faced with huge costs to stock and dispense gasoline. Everyone who’s done any travelling by snowmobile knows on-trail fuel has always been crazy expensive. With the significant cost of capitalizing electric charging stations and a short season to generate payback on that investment, I expect owners of off-road electric powered snowmobiles prepare for a reality check at recharge stations with, yes, surcharges added to cover those extra on-site costs.

So, we’re staring down both barrels at increased fuel costs for this winter’s riding. What to do? I’m not sure there’s anything our relatively small number of participants can leverage in terms of fuel cost reductions or recovery. Our trucks are going to cost more to fuel and our sleds will, too.

Here’s what I think: How much more jing are you going to spend on fuel this season compared to last winter? If riding the same distance this year costs 50% more than last will you take the winter off? How about 75% more than last winter? What’s your threshold? I know this: The winter riding season is relatively short – about the same length as a northern summer boating season.

Snowmobilers live to ride in the winter and often focus their holiday time on the snowmobiling months. I suspect there will be some who scale back their riding and some who will walk away. However, my sense is the overwhelming majority of snowmobilers will be back – tanks full and ready to ride.

Mark Lester
Mark Lester is Co-Publisher of SUPERTRAX Magazine and a regular Host on SNOWTRAX TV.
Previous articleCraig Nicholson Inducted Into International Snowmobile Hall of Fame
Next articleSki-Doo Replicates the Spark In The Neo and Neo +