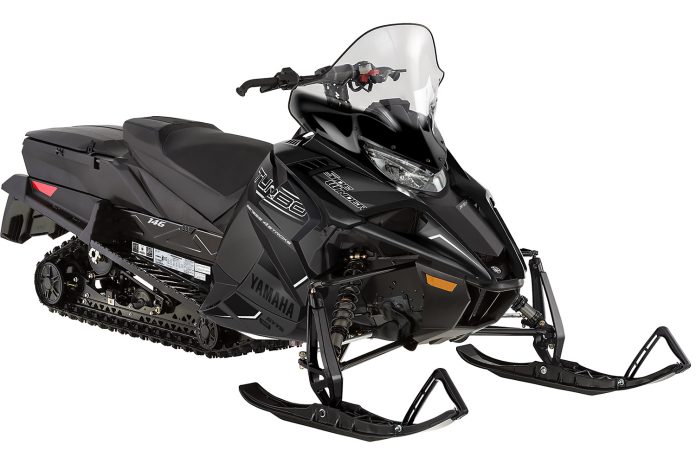 When an OEM intros a new top-of-the-market high performance platform, there’s a sweet spot in the sales window for the sled. In other words, when a new rocket lands, the faithful line up in droves to get a copy, the first year.

Clearly Yamaha does not want the SideWinder to be a here-today-and-gone-tomorrow sales story. The company has invested huge jing (in co-operation with Arctic Cat) to produce the most powerful snowmobile engine in history.

A one-year spike in sales is not going to pay for the development and tooling of the Sidewinder’s engine and driveline. This year Yamaha has upped the availability of the SideWinder to include a new segment – Sport Touring – and the timing may be perfect.

The new Sport Touring SideWinder is called the STX-DX. If you’re like many ultimate performance shoppers, you might confine your search for top performance to a 129 with no windshield, stiff shocks and loud graphics.

Fine, at the price level of a new SideWinder you’re entitled to show off when you pull into Larry’s Burger Pit and Poutine. However, there is a significant number of snowmobilers whose egos remain fully intact arriving on a less gregarious sled on which form follows function. Enter the new STX DX ‘Winder.