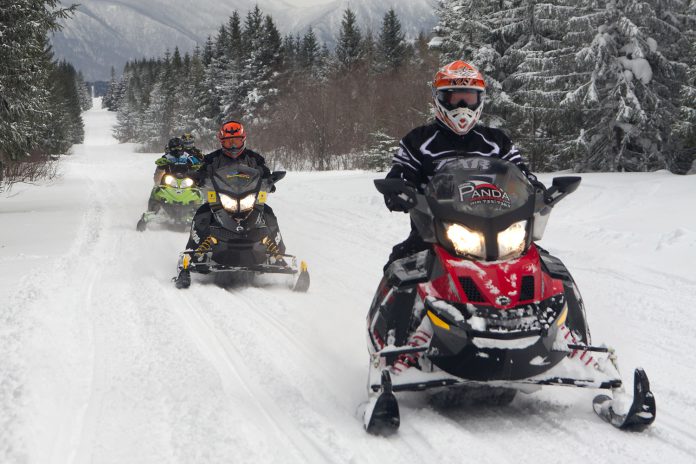 These days, anyone who talks about less government involvement in our world certainly gets my ear right away.

Over the last four decades (yes, I can still remember those days) government has become increasingly more controlling of everything we do as citizens, business people and recreationists.

The idea that we the people, the taxpayers, control things is certainly a distant memory and sometimes it feels like citizen-control has been replaced by a Big Brother who makes all our decisions for us. The worse thing is, we’re used to it.

I’m really not trying to be political here and I have to admit, in many cases North Americans do need the control of a larger governing body. I guess my biggest concern is that the government is our largest industry and human complacency has caused it to grow out of control.

North American snowmobiling has a consolidated group of governing bodies (governments) that control and support the sport by building places for us to ride. Without these governments our sport would shrivel into an out-of-control herd of renegades running roughshod over everyone else’s property. Sound extreme? That’s exactly what happened in the 1950s and 60s.

We’re a unique group that way. In order to sell snowmobiles, there has to be a place to ride them. In order to use snowmobiles, which are only functional for a brief, seasonal band of climate, there must be someone who creates the environment they can be used in. In order for the sport to grow, it needs a sustainable trail network that is safe and enjoyable to use. Flash report, right?

Here are the cold, hard facts: The above described trail system does not just happen by chance. Nor does it operate for free. Nor does it intend to control the sport for political reasons.

The fact is, these governing bodies that generate places for us to ride exist only to enhance the sport. The net result is an industry that continues to thrive based on the reality we have a place to enjoy the vehicles the industry designs and manufactures.

I challenge you to think about this for a minute: No volunteer organizations, no trails. No trails, no snowmobiles.

Sure, you could argue there are places you can ride that don’t require trails, maintenance or governance. For instance, mountain riding needs much less legislating than a trail network. Duh.

However, without some kind of parental control, trespassing in the hills would become a huge issue and the safety and respect of the sport would soon be called into question. Maybe it already is in some areas.

No other powersport medium is like snowmobiling. Street bikes operate on roads and highways intended to serve all motorists. Off-road motorcycles and ATVs operate on closed course tracks and trails that require little daily maintenance. Boats and personal watercraft function in an aquatic environment and, except for safety governance, don’t require a lot of outside management.

Snowmobiling, however requires constant maintenance, legal permissions for land use and the construction of infrastructure like trails, bridges, signs and maps. Yet, it thrives.

I’m writing this because I want you to consider how important it is to pay into this sport. You absolutely must support organized snowmobiling governments.

I know owning and riding sleds is expensive – you can spend thousands on this sport and never even buy a trail permit, pay a license fee or submit to an organizational membership.

However, rather than thinking of those costs as a nuisance, as unnecessary taxation or another government money-grab; think about this: No cost; no governance. No governance, no trails. No trails, no snowmobiles.

Kent Lester
Kent Lester is Co-Publisher of SUPERTRAX Magazine and a regular contributor to this website.
Previous article2-STROKE VS 4-STROKE DEBATE
Next articleIPONE SNOWMOBILE OIL