HOW MUCH WILL ARCTIC CAT CHANGE? 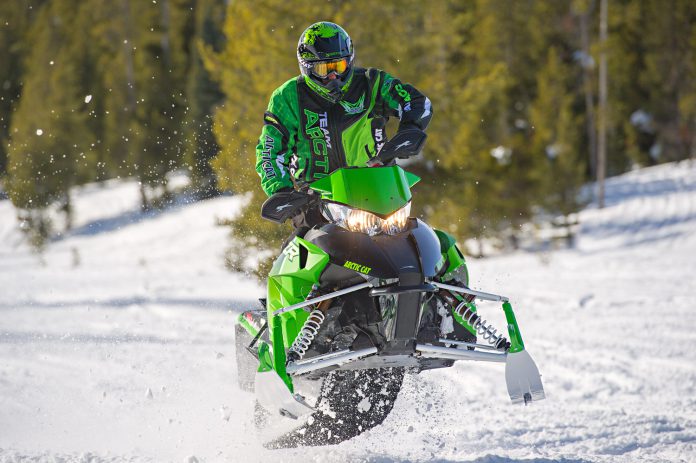 At this point there have probably been about a thousand different diatribes and even more opinions cast about the future of Arctic Cat.

I’m not talking about the viability of Cat as a brand or its survival as a company. Rather, I’m speaking to its strategy and ability to grow, and even more, about whether it’ll continue to be identifiable as the snowmobile maker we’ve known and loved for over 60 years, now that it’s governed by a multi-national.

Arctic Cat has always been known as an innovator and the genius of its success has been faithfully rooted in the individual creativity and brilliance of it engineers and designers.

These unique artists have had considerable free rein in the past to dream and develop snowmobiles that nail the desires of hardcore users focused on superior performance and rideabilty.

How does this happen? In all the years I’ve been witness to how Arctic cat builds snowmobiles, it has stood out boldly to me that this company perceives the wants of its market so well because its key people are avid, rabid enthusiasts who love snowmobiling and love snowmobiles.

When they conceptualize a new sled, I’m pretty sure those dreamers, even the ones at the very top, are thinking about sitting on the seat of it and putting it though its paces as their sled. I think the question is asked every day: “Would I want my snowmobile to work like this?” or, “Even if it costs more, it will be better if it’s built this way”.

Thus, Cat’s greatest strength has been its people. Over the years, I’ve met dozens of Arctic Cat product managers, engineers and designers and it always impresses me how many of these people are more than just bean counters and classroom trained engineering grads who look at charts and graphs and sit in front of computers all day.

There’s a hands-on attitude in play and a genuine concern the sleds the company builds have their fingerprints all over them. The snowmobiles are personal.

Call it a soul if you like, but when you talk to these folks, there’s so much concern the product be deemed satisfactory to their customers, instead of making excuses, they absorb criticism and move forward on improving or changing the things that come up short. This attitude has been a constant over the years, and I respect it.

Naturally, when a change as vast as the purchase of Arctic Cat by Textron comes up, there’s concern the “home town” attitude Cat has thrived on will be altered. Only time will tell and there’s no doubt there’s been a more complex corporate structure set in place, likely driven by maximizing profits and eventually building up a war chest of cash. This is business and it’s how things need to operate. The truth is, it’s extremely important Cat continues to be profitable.

In our recent conversations with the chiefs at Textron, it’s been very comforting to see they don’t intend to mess much with the internal structure or strategy of how Cat builds snowmobiles.

The first positive is that the Textron people have identified the “soul” of Arctic Cat and, unlike its off-road division, want to keep the snowmobile division separate and distinctive from other Textron identifiers. This is big and it clearly indicates Textron “gets it” about Arctic Cat.

The second thing encouraging to me is how Textron views its role as a provider of A) unique management potential drawn from its involvement with a dozen other large companies it has purchased and made more successful, and B) promises to utilize its corporate wealth to grow Arctic Cat into a bigger player in the industry.

That last item is particularly important because it appears the company does not intend to squeeze everything tighter, pare jobs and design budgets to eke out fatter margins. I honestly believe Textron wants to invest in Arctic Cat and grow it into a stronger, more influential force in the industry.

To me, this is the best news of all!