NOT HAPPY ABOUT THE 2-STROKE SHOOTOUT 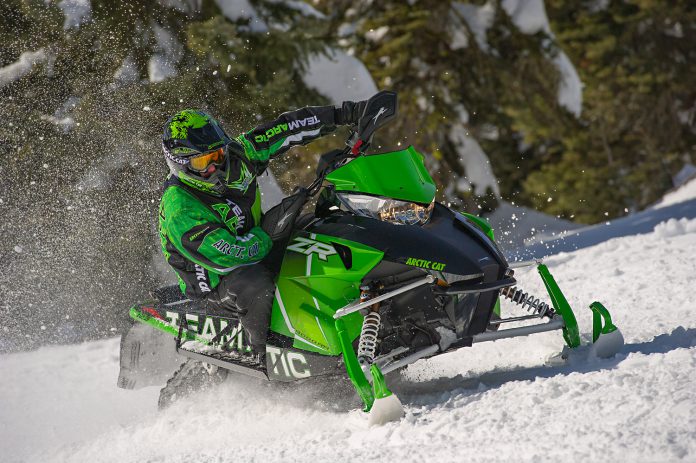 I was watching the SNOWTRAX episode about the 800 shootout and was very disappointed on how the new cat engine was not used. It was mentioned, but not part of the actual shootout.

The 850 Ski-Doo should not have been used. Has Ski-Doo ever built a reliable long lasting high tech 2-stroke? As far I can see they still have to make the carb models so they can stay together.

Ski-Doo makes the most unreliable engine on the market hands down and Arctic Cat doesn’t have its new engine in the shootout. Is this due to Ski-Doo being a bigger sponsor?

Very disappointed that the real world reliability is never mentioned.

Here’s the deal. When this segment was shot the 2018 limited build C-TEC II Arctic Cat was not available. Even if it was, it’s a 2018 so that would have disqualified it from this comparo.

The Ski-Doo 850 was used as it is a current 2017 engine and the former (and yes you are right) less reliable E-TEC 800 is obviously on its way out.

That being said, the 800 Suzuki engine is gone in 2018 as well. The 800 Suzuki was given props for being reliable in the segment.

Skidoo has built many reliable long lasting 2 strokes over the years – the Series III E-TEC 800 wasn’t one of them.

The new C-TEC II 800 DSI Arctic Cat engine is a winner out of the box. Great power in the mid-range, way less gurgle off engagement and better on fuel. Is it as fast as the new 850 SD? Not from what we’ve seen thus far with our just arrived limited build ZR 800 137.

Whether or not Arctic Cat or Ski-Doo spend more or less as sponsors has nothing to do with our opinion or conclusions. However, if you wanted to insult us, well done!