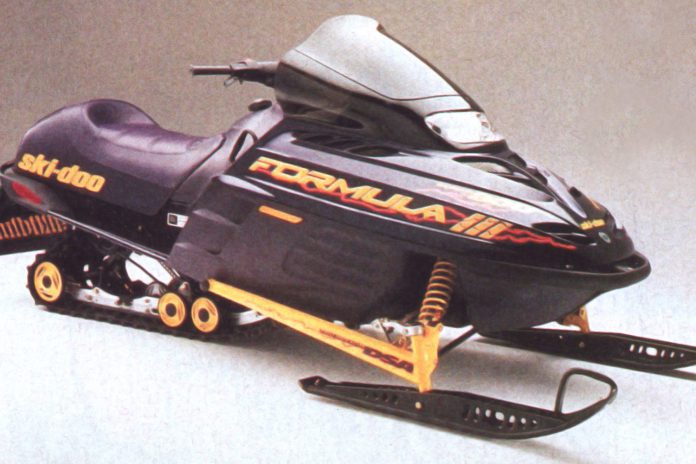 This engine was a direct response to the T-Cat in the early 90’s when it was wedged into the original F-Chassis.

There’s no denying the sled was a rocket – however it blew up with rocket-like regularity until the 1998 model year when it landed in the CK-3 (Competition Kicker 3-cylinder) chassis.

From this time forward the triple-piped-triple Mach-Z gained an enormous following among lake racers and throttle jockeys who proved the engine was, at the very least, notable but likely iconic in it’s ability to pull big digits.

By the time the CK-3 Mach-Z established itself, the Thundercat was a part of history, after which Ski-Doo dumped the triple in favor of the REV-based Mach-Z 1000 twin.