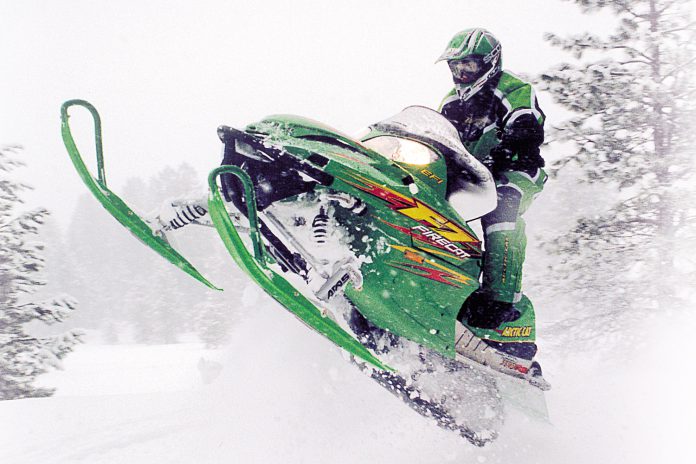 Cat’s Roger Skime commented: “Sometimes you get an engine that just works right within its dimensions and there’s no reason for it”.

Greg Spaulding and the engine team in Thief River Falls built this amazing twin in the early 2000s with the intention of getting the center of gravity lower in their new sleds.

Its cylinders were laid down on an angle and its intake and exhaust were on the same side.

Unconventional… and wicked fast. Some would say it was merely the slippery Firecat 13.5-inch-wide chassis that made this engine outperform most 800s in its day. Dunno.

No one’s been able to fully explain why this was such a strong engine. Still is today – if you can find one.