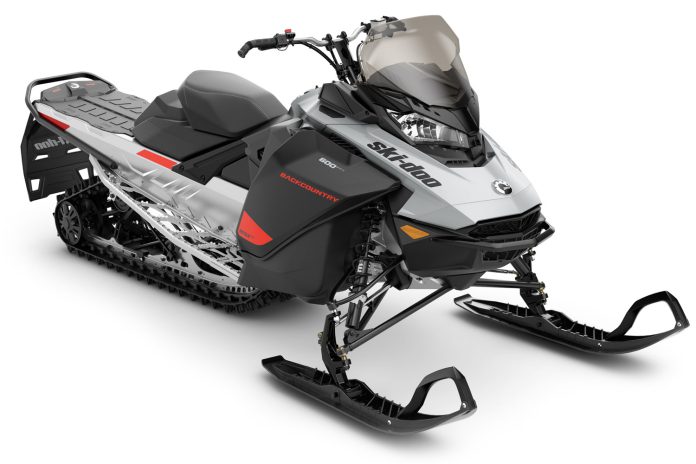 This response is in regards to comments posted by one of our viewers Larry Vanni on Mark’s walk-around video: FIRST LOOK! 2021 Ski Doo Backcountry 600 EFI Sport

“Mark, several times you mention and emphasize the term “fuel injection” as if it were the early 1990’s and it’s revolutionary. Is it so shocking Ski-Doo came out with a fuel injection engine engine 30 years after it was introduced? If so, maybe you should state that, but one would think it’s a step back. Granted the FI may have replaced carbs, but its still a step down from the techy Ski-Doo SDI has to offer, so I don’t understand your uber excitment. If I didn’t know who you were in the video, I’d belive you worked for Ski-Doo. Please don’t try to BS us with sleds, because many of us like you have been riding for over 40 years. Just the facts man, that’s my motto.”

Appreciate your response to my YouTube walk-around on the new Ski-Doo 600 Sport models. Your comments lead me to believe something got lost in the communication so for the record, let me clarify what I was getting at when I referenced the variant 600R engine in the Sport is “fuel injected”.

My point was this – Ski-Doo hasn’t produced a pure EFI inducted engine (not SDI or E-TEC) in a long, long time. Am I impressed by the re-emergence of this two decades old technology? No. What I am impressed with is the lengths Ski-Doo has gone to get the MSRP down on these high value snowmobiles.

I would wager that if the former moth-balled SDI system could have been adapted to the 600R engine that it might have been the most cost friendly system for this price sensitive sled. One would assume SDI tooling is more than paid for. However, that is not what Ski-Doo did.

I doubt EPA compliance was high on this project either. Ski-Doo must have a butt load of EPA credits from all the 4 stroke and E-TEC 2 strokes they’ve built.

So, just to make the point crystal clear – I don’t work for Ski-Doo and I am not jumping up and down about Ski-Doo’s EFI system. What I am impressed by is the new Sport’s MSRP. The entire industry including most OEM branded dealers, has been crowing for a decade for a high value, low buck entry level snowmobile that can actually pull its own weight down a lake. Using a proven, low cost – albeit old – design for induction was smart.

The new Sport Models are just that.