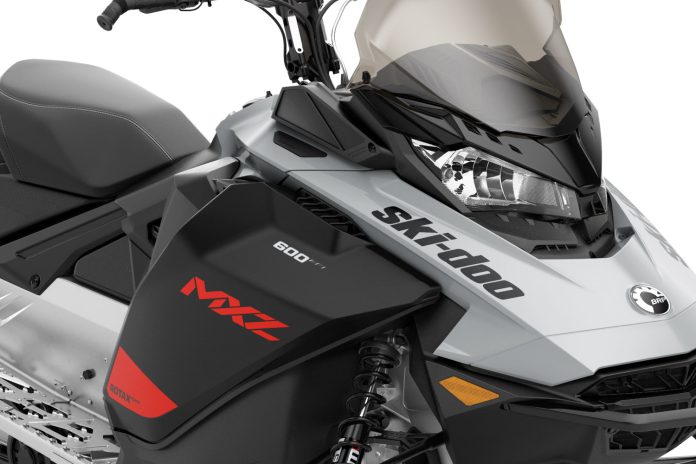 Correct me if I am wrong, but “Ski Doo” never made an EFI injection system on a 2-stroke. Old technology. No surprise there.

Thanks for your comment. It concerns me when I realize I’ve been around long enough to remember not just landmark sleds of the past but obscure ones as well.

To answer your inquiry Ski-Doo (with Rotax) did develop and produce a sophisticated (for its time) EFI system which was fitted on the Rotax Rotary Valve 580cc twin cylinder engine and stuffed into a PRS chassis variant called the “Formula Plus EFI” or more specifically the “Plus EFI”.

The sled or more appropriately, the EFI system, was a one hit wonder living as a very limited production (I believe one per dealer – late release) powerplant. It disappeared faster than it arrived.

I may stand to be corrected here but I’m pretty sure the EFI system was developed in cooperation with Mikuni. This was a departure from the JECS systems both Polaris and Arctic Cat used at this time. Oh, what time are we talking about? I believe the “Plus EFI” was officially a 1992 model.

We had a Press Unit here at Supertrax and found it to be a nice improvement over carbs – except for one problem – the system was riddled with glitches which further undermined Ski-Doo’s reliability reputation they were working intently at improving in the early 90’s.

Everybody who rode the Plus EFI had at least one return trip on the rope. Ski-Doo never fiddled with EFI again until the arrival of the Semi-Direct Injection SDI 600 and 800 Rotax Series III engines in the early 00’s.

There’s more to the arrival of EFI on snowmobiles that’s interesting. I think I’ll write a column soon on how costly the patent infringement settlement was between Ron Chastain – owner of Injection Research Services (IRS) and Polaris. It is an interesting 30 year old tale.