IS A LIGHTER 4-STROKE POSSIBLE? 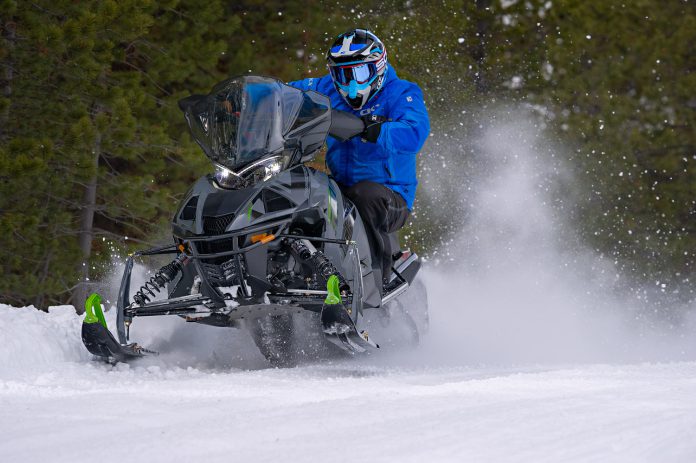 We’ve been paying attention to comments from SNOWTRAX viewers and SUPERTRAX readers for about ten years now about the reasons they wouldn’t consider a 4-stroke over a 2-stroke sled.

It pretty much always comes down to the same thing. The belief is that 4-strokes are just too heavy. A very common comment is this: “I’d buy a 4-stroke the day they build one as light as a 2-stroke!”

This is actually a very revealing comment. What snowmobilers are really saying is they love the reliability, torquey power delivery, longevity and low maintenance costs of a 4-stroke but are hung up on one single thing: Weight!

Although it seems like an insurmountable barrier to break through, we have an uncanny confidence in snowmobile engineering teams’ abilities to solve problems like this one.

Here are a few possibilities we’ve been researching:

Exotic doesn’t necessarily mean overly expensive. Chemists have been experimenting with sophisticated plastic composite materials that resist heat absorption – and when combined with nickel-aluminum or steel cylinder liners in a snowmobile engine – can end up being very light and still durable. Magnesium is another possibility here – even an alloy of titanium.

There are already prototypes of a very lightweight digital cylinder head being tested that will eliminate the need for conventional valve gear and heavy camshafts and bearings as we currently know them. Instead, a system of solenoids activates fuel flow into the cylinders and efficiently controls combustion electronically.

Although we love the sound and smoothness of three and four cylinder 4-strokes, big-inch twins have less parts and can deliver a lot of grunt. The idea of increased torque at lower RPMs instead of spinning engines at 10,000-plus revs has something to say about heat generation, too, especially when you’re considering using different materials than steel or aluminum in an engine.

One of the most popular and durable snowmobile engines of all time, Polaris’s Xtra-Lite triple used a one piece cylinder casting with little space between its cylinders. Most 4-strokes use this configuration today, but there are still weight-saving possibilities that could be applied here.

Remove more front-end weight from the snowmobile itself, not just from the engine. The most common gripe with 4-stroke sleds is that they “feel” heavy over the skis. Perhaps by repositioning parts on the front half of the sled so the weight balance is more centered could alleviate this phenom.

This actually brings up another interesting discussion: What if a manufacturer designed a purpose-built 4-stroke snowmobile from the ground up – instead of the current trend to simply adapt a 4-stroke engine to a sled originally designed to house a 2-stroke?