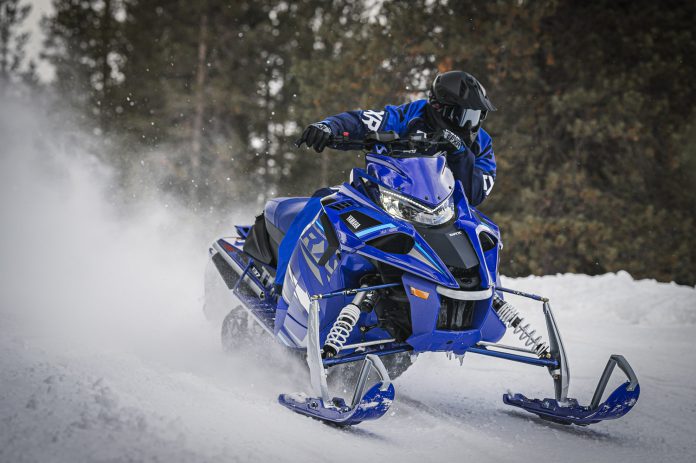 I’ve been doing this editorializing thing for over 35 years. Over that time I’ve come to expect certain responses to comments I make. I mean I can often predict what you, our valued readers and viewers will say about my highly informed, insightful and enlightened opinions.

Here’s an up-to-date example: A couple years ago, when we first rumored Yamaha might be readying a 2-stroke mountain market sled, our channels lit up like Christmas trees. To say the potential (at that time) arrival of a 2-stroke Yamaha was at the top of a good many readers and viewers minds was an understatement we actually underestimated. It wasn’t just the Yamaha faithful who had opinions, it was myriad yellow, blue and green afficionados who took a kick at agreeing (and disagreeing) with our prediction.

Now that the once-rumored 2-stroke Yamaha mountain sleds are a reality, we’ll jump in with both feet with another prediction: How about a 2-stroke Yamaha trail sled using the same 800 SDI twin putting out 160-ish HP? You don’t have to be a marketing expert to see Yamaha has a pretty large hole in its engine lineup on the trail side of the ledger.

The jump from the Viper’s 1049cc 4-stroke triple’s 130 ponies to the SideWinder turbo’s 180 ponies (cough) is a big one and it begs for an answer – particularly when Yamaha is doing much better in the sno-mo-biz than most predicted just three years ago.

Here’s another undeniable reality. The all-new entry level Venom, powered by a 400cc 2-stroke single sourced from AC is a complete twist in the road. Yamaha has had good success with this new model, carving out a new segment for this engine and chassis combination.

The new Mountain Max 800s have been an instant hit with few exceptions and have produced an impressive lack of horror stories surrounding engine performance and durability. Most of you know this; but for those who don’t, the 800 twin used by Yamaha is made by Arctic Cat. The engine is a good performer, efficient and tough. Yamaha has very high standards for everything it makes or buys from vendors. This engine is proof positive of these high standards.

Here’s what I’ll say about the potential for a high performance Yamaha 2-stroke trail sled – basically an SRX 137 with an 800 twin under the hood. If it happens, don’t look for a Yamaha-built engine. There are not the economies of scale for an engine manufacturer the size of Yamaha to tool and build a completely fresh 2-stroke engine profitably for a market this size.

Yamaha is a $15 billion (give or take a few million) engine OEM that builds engines to supply its own specific businesses. For example, did you know among Yamaha’s largest businesses is designing, engineering and manufacturing outboard engines? 4-stroke outboard engines. I’m afraid Yamaha’s entire snowmobile unit production would barely blip the meter on its total business profile.

I’m not saying I don’t think a 2-stroke trail sled powered by the Cat-derived 800 SDI twin is an impossibility. However, I will say you’re not going to see a Yamaha-built, 2-stroke snowmobile engine. Don’t even think of reminding me the VK 540 is a 2-stroke Yamaha. That engine was tooled over 35 years ago and is old, non-EPA-compliant technology.

So, I won’t say there isn’t hope for a high performance trail 2-stroke Yamaha, particularly when Yamaha has chosen to market the Venom with a 400cc 2-stroke and the Transporter lineup with a 2-stroke SDI 800 from AC. I don’t think it’s much of a leap from the utility market (Transporter) to the trail market – or to even the X-Over market.

One thing is for sure; there is a different attitude toward 2-stroke power at Yamaha in 2021. This new attitude makes me reluctant to make any absolute proclamations regarding what Yamaha might or might not do next with its continued access to a full-on, high performance 800 2-stroke engine.