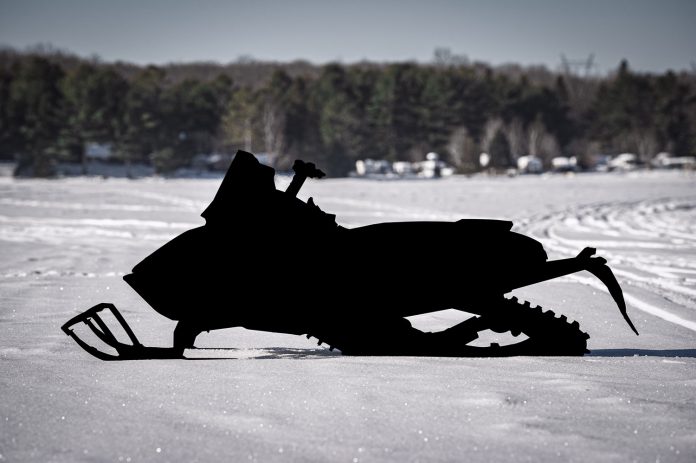 Not only were there record numbers of new sleds reserved but trade-in values went through the roof (and remain there) as dealers scrambled to sell trades before the season ended. Strangely, the season didn’t end.

The snowmobile biz became a year-round, not seasonal, business. Honestly, I haven’t seen this phenomenon in the modern era.

So, just to make things a little harder to understand and just a touch crazier – along comes the issue of supply chain shortfalls. I don’t mean the supply chain crisis we’ve witnessed in October with dozens of container ships anchored outside North American ports. I mean supply chain problems going back to the early summer involving everything from ECM chips to instrument clusters to ski-hoops to oil tank caps.

Some are saying the worldwide move to just-in-time manufacturing (JIT) contributed greatly to the aforementioned problems. Let me simplify this. All sophisticated manufacturers of just about everything do not stockpile components to be assembled into finished products. Most often, componentry arrives JIT to be emptied directly onto production lines and back out the door to be shipped to dealers as a finished product.

When vendors encounter shortages of materials to make components, the final production line can come to a screeching halt. My description here is pretty basic but generally speaking, this is what’s behind the slowdown in new sled deliveries.

SO, WHERE’S MY SLED?

Early order/early deposit programs are most often participated in by hardcore, vocal snowmobilers. These highly informed sledders know precisely what they want and count the days (literally) to when their new ride will arrive. Often, early order sleds are the first to land at dealers in September and October with some limited production new sleds arriving in November.

This year there’s a difference. Because supply chain issues are rampant, not only in the sno-mo-biz but just as prevalent in the ATV/SXS/Motorcycle/outboard/PWC biz, powersport dealers are reeling at the lack of product they’ve received through late 2020 and all of 2021. There is so little unsold inventory in the powersport business many dealers have been unable to meet strong in-season demand.

Here’s a quick roundup of what we’ve been told is happening. There’s a lot disinformation swirling around right now so we will try to provide accurate info here. That being said, things are changing regularly and you need to be in touch with your dealer regularly to stay on top of delivery timing. We intend to update this information later in November.

Ski-Doo is shipping 2021 Spring Break sleds right now. Some larger volume dealers we spoke to while assembling this info claimed they have actually received as much as 30% of their preseason ordered sleds. Dealers are mostly concerned with the delivery of preseason ordered snowmobiles and expect in-season sleds to arrive later. Ski-Doo has shipped some of these Spring Break ordered snowmobiles without some parts. Specifically, things like engine ECMs, digital tethers and gauge clusters.

Why have they done this? For sure this is a smart move on Ski-Doo’s part. If these units just piled up outside the factory there wouldn’t be enough trucks in North America to get them delivered in a reasonable amount of time. This way Ski-Doo dealers will be shipped the necessary parts and install them immediately upon receiving them. Keep in touch with your dealer on specific details surrounding the arrival of your Spring Break sled.

Polaris is also shipping snowmobiles throughout the fall, however, some of them are missing parts which your dealer will install when received from Polaris. We’ve heard things like ski-hoops and other trim pieces may be shipped separately throughout the fall.

Polaris is committed to getting Snow Check sleds shipped as soon as is logistically possible. Again, you should stay in contact with your dealer. Snow Checkers may also receive communication directly from Polaris regarding their new sleds. Polaris is working to look after their valued Snow Check customers first with in-season production coming after early ordered sleds are built.

Yamaha has been navigating challenges similar to the other OEMs throughout the 2021 model year. Interestingly, Yamaha has had a strong line on its customer’s expectations and have been working to ensure that they both supply Spring Power Surge, early order, deposit-paid-sleds and that they do this in as timely a manner as possible.

While supply chain issues for all the OEMs are an inescapable reality in 2021, Yamaha has placed priority on satisfying its snowmobile customers who stepped up and put deposits on new sleds last spring. Yamaha has also made it abundantly clear each snowmobile it has shipped is one hundred percent complete and ready to ride and they are working to continue this through the remainder of production.

The official word from Arctic Cat on the delivery of early season ordered, deposit paid “Snowmageddon” sleds is as follows: We are committed to those customers that pre-ordered during Snowmageddon, and subsequently we have prioritized those units in our production schedule with the intent to deliver as many as possible by year end.

Clearly, Arctic Cat is focused on satisfying and meeting the expectations of its early order customers in the midst of a fall production season which has been plagued – industry wide – with supply chain issues. It’s again important for early order buyers to stay in touch with their Arctic Cat dealer as things have been changing across the entire snowmobile OEM landscape – weekly.

One thing we’ve picked up on when assembling this story is the advantage early season buyers have in terms of actually getting a new sled for this season. It’s pretty clear the production and delivery of in-season snowmobiles for dealer inventory is a completely different story with much different timelines. Stay tuned.