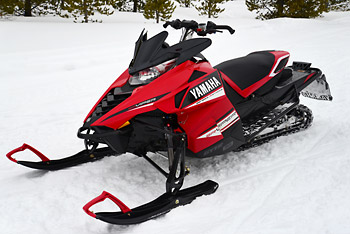 There’s been a lot said about the Arctic Cat-Yamaha deal where the two companies have combined to build engine and chassis platforms for one another this year.

Some of our readers and TV viewers have been pretty outspoken about the fact they don’t like it.

Some Cat owners say they don’t like the idea of owning a ProCross with a Yamaha engine under the hood and some Yamaha owners who disapprove say they’d never buy anything that wasn’t pure Yamaha.

Keep in mind, the majority of both Yamaha and Cat owners think the idea is amazing and a giant leap forward for both. However, to those who can’t wrap their minds around the concept, we’d like to point out a few footnotes.

First, you need to realize the two companies have been working very closely together on the development of these sleds. Yamaha engineers and production experts have been on the ground in Thief River Falls, regularly and have had incredible input into what the ProCross based Viper will end up like.

This means that at every stage of production Yamaha’s production people have been involved in manufacturing supervision and testing.

The last thing Yamaha wants is for the Viper to exude a lack of quality, reliability or delivery of what Yamaha customers have come to expect.

Likewise, Arctic Cat has had tremendous input into the adaptation of the Yamaha engine and driveline to the AC chassis. Cat’s engineers have gone back and forth with Yamaha’s people to ensure the new Viper and 7000-series will perform to their maximum potential.

We do know one thing: Those who buy these new sleds are going to get breakneck service from both sides to ensure they are completely satisfied.

Kent Lester
Kent Lester is Co-Publisher of SUPERTRAX Magazine and a regular contributor to this website.
Previous article4-STROKE MARKET MOVING FORWARD – FAST
Next articlePOLARIS LIGHTENS UP ITS 550 LINE-UP