WILL YAMAHA SHIFT TO DOMESTIC PRODUCTION? 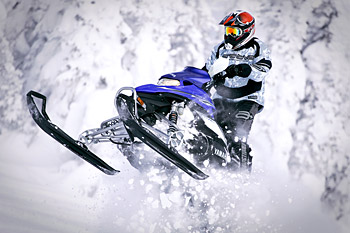 Yamaha has made some subtle tweaks to its sleds for MY 2012 however no one is calling this year’s lineup “revolutionary” at this time in history.

We think Yamaha’s focus has to be on manufacturing snowmobiles here on domestic soil in the next two years.

Obviously the company’s ATV and other powersports divisions have been making bold moves bringing production to North America, particularly since the devastating Tsunami of 2011 stripped Japan of a sizable portion of its power generation capability – foundational for maintaining the country’s manufacturing base.

If Yamaha built sleds here we believe it could make progress aligning its MSRP’s with the competition.

Also, it may be time for some out-of-the-box thinking at Yamaha. Here’s a thought: Why not slide the Phazer’s techy twin-cam 500cc 4-stroke into a stripped down Vector chassis?

If the company used one platform, as does Polaris, Arctic Cat and Ski-Doo, instead of three completely different platforms for four models, wouldn’t savings be realized?