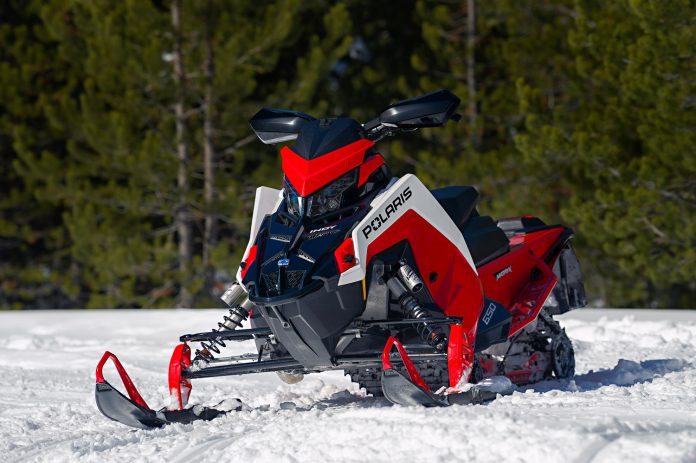 So, supposing that Arctic Cat and Ski-Doo come with new 650cc twins in a year or two. Where will that leave the trail class we’ve all come to love so deeply? We say this because the Patriot 650 has the kind of power that makes it pretty competitive with some three or four-year-old 800s. It’s that fast.

Once there are three 650’s available – maybe even four if Yamaha continues its trend toward offering 2-strokes in its line-up – there will be an incredibly large power gap between anything 650 and trail sleds that make tamer power in the 80 to 95-hp category – still a popular power range.

True, the existing 600 class sleds already spread the gap pretty well with engines cranking out about 125-hp on average. However, strong sales of Ski-Doo’s 95-hp 900 ACE 4-stroke tell us there’s a big demand for sleds producing 95 to 120-hp. Some riders will confess they just don’t need more power and actually prefer the output of sleds below 100.

We’re wondering if the future may see a return to the 500 class. Not long ago these were capable, price conscious sleds without a lot of the new electronics we see today – items that inevitably drive up the retail prices.

A good example is the 600cc Sport series Ski-Doo has come out with this year. These sleds don’t have all the bells and whistles – no exhaust valves, simple throttle body EFI and minimal computer tech – but you get a cheaper sled that looks like a more powerful one and generates an honest 80-hp.

Although we personally think maybe that power range might be a bit low, it opens the door for Ski-Doo’s competitors to give you a bit more – both in net horsepower and maybe even a few tech tricks like reeds and mechanical exhaust valves.

Resurrecting sleds in a lower performance range certainly isn’t a common trend in snowmobiling. Usually, it’s all about bigger and more powerful. However. We honestly believe there is plenty of room – and demand – for sleds producing power in the above ranges.

We also wonder if the new 650, since it’s so quick, may actually take away some of the 850’s customers. A 650 this powerful really changes all the rules. We’ll see what happens.

Supertrax Onlinehttps://www.supertraxmag.com
Check back frequently for new content and follow us on social media!
Previous articleTHREE SLEDS WE WONDER ABOUT
Next article2-UP TOURING IS CHANGING