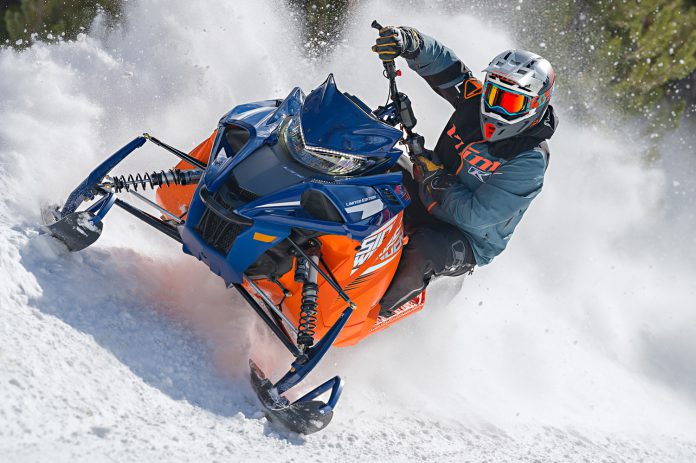 What are we wondering about? Well, the three sleds we’re looking at are pretty good as is and we’re trying to look down the telescope and figure out how they can be improved – and, if they can be – when?

The three we’re looking at are: The present Ski-Doo G4 850 series, the 9000-series turbo Cats and Yamaha’s SideWinders.

We didn’t list any Polaris models here because this year is the year of the all-new MATRYX. It’s pretty obvious Polaris will start to evolve all of its models off this most recent platform and although it will likely take five or six years to get to completion, the company will whittle down the number of platforms it currently is using to either one (MATRYX) or two (AXYS & MATRYX).

Supertrax Onlinehttps://www.supertraxmag.com
Check back frequently for new content and follow us on social media!
Previous articleWINTER MIGHT TASTE A LITTLE DIFFERENT
Next articleWILL THE 650 START A NEW CATEGORY?