WILL POLARIS EVER RACE ITS NEW 650? 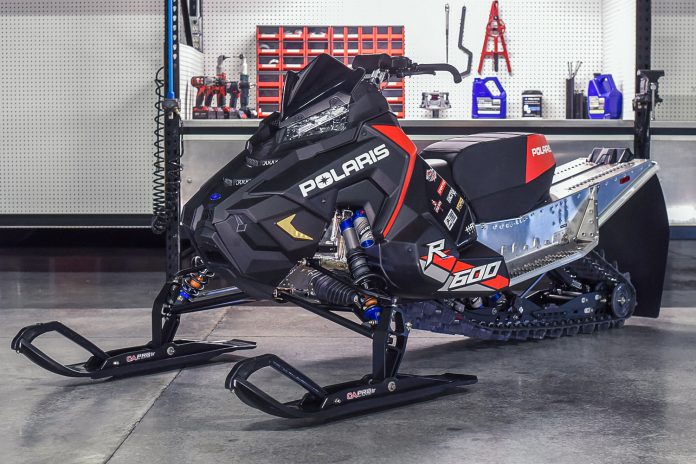 This fall there’s been scuttle in the biz that Polaris has done something terrible with the introduction of the 650 Patriot. In fact, some are crowing the 650 has no future because it can’t be homologated for 600 class snocross and XC racing.

Okay, here’s something to chew on. Snowmobile racing, in particular, sno-X racing, is not driving consumer snowmobile product sales or designs like it did a decade (or more) ago.

There was a day when the argument against a 650 might have gained traction because snocross competition wouldn’t allow a 650. Today, the importance of sno-X to the real world of selling consumer sleds has been severely diminished.

At the same time, racing, as a sales influencer, began to lose importance, extreme deep snow riding exploded on the snowmobile landscape. Today’s marketable heroes have names like Burandt, Kuster and McClure. Younger demo riders see themselves high-marking a bowl, cornice jumping and gliding handlebar deep in powder – even if they ride east of the Mississippi. Go figure.

An argument against a consumer 650 based on the aforementioned rationale doesn’t work. To prove this point Polaris just introduced a new 600 race engine, currently being homologated for sno-X and XC racing purposes.

Polaris’ new 600R racing engine is literally, a cannon, and will be more than adequate to hold down the company’s enviable position in these two racing disciplines.

So there you have it – Polaris will race a new hot-rod 600 and consumers will have full, unfettered access to the new Patriot 650.

The move to a 650-size engine will be accepted just as quickly and with as much enthusiasm in the consumer marketplace as the move to 850’s has been in the top performance market. Racing will go on using 600cc engines for as long as there is racing.

The consumer marketplace, not linked to the degree it was to racing, will see a move to 650cc engines. And yes, in all likelihood, Ski-Doo will follow this trend with its own brand new 650!