WHAT’S NEXT FOR YAMAHA? 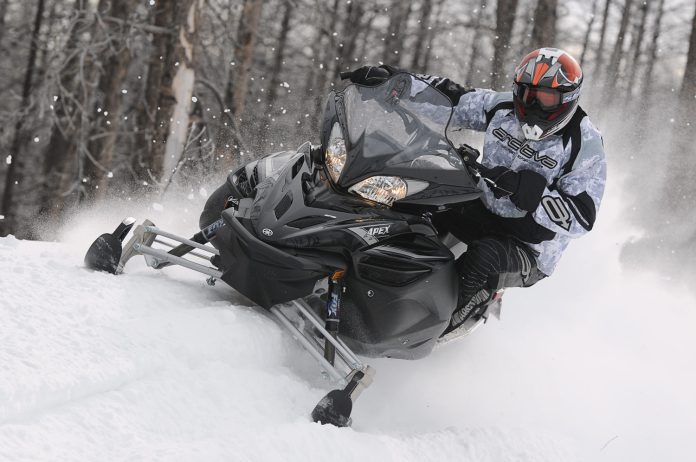 A question looming large at the Yamaha camp is: “What’s next?”.

It’s pretty clear Yamaha has improved its inventory position the past two years and is now back to marketing what appears to be a fairly full line-up of sleds for MY 2020.

For sure the return of the rejuvenated Viper, a mainstay of the brand’s product profile, signals Yamaha dealers have moved out unsold, non-current inventory and are back to selling current year sleds.

Great. Next challenge for the Big Y: We hear Yamaha regularly talking about the difference in the DNA of comparable Arctic Cat models and Yamaha branded models.

This DNA difference is important to both Yamaha and a legion of their faithful who take pride in the iconic brand and wouldn’t switch to something else if they were hit on the head with a 2×4.

Here’s where we think Yamaha could increase it’s own unique DNA and even further distance itself from the Arctic Cat brand: Rear suspension.

Yamaha has a high degree of expertise and has enjoyed significant success with skidframe designs over the past 15 years. In fact, late in the life of the Apex, there was a variant produced with a made-in-America rear skid.

Truth is the iconic, gone-but-far-from-forgotten Apex had a near-legendary rep for superb rear suspension ride quality. The Apex used a highly unusual single coil-over shock out back that delivered amazing comfort and control along with respectable weight transfer.

What was even more remarkable about the Apex skid (and later used in the Vector) was its ability to deliver stellar ride quality while mounted under admittedly heavy snowmobiles. To a large degree the single shock Apex skid made the sled feel lighter than it actually was.

There’s little doubt in our minds that its time for more Yamaha DNA to enter its re-branded sleds. It’s no secret the “Slide Action” 129-inch skid used in the bulk of Yamaha’s sleds is the elder statesman of suspension designs.

The reality is, it’s still competitive and that means there’s good in the design. In fact, virtually every racing sled uses a similar sliding front arm.

Yamaha has a stellar record of producing quality ride performance. It might be time for the brand to leverage some of the technology that defined Yamahas of the past decade.

We have little doubt a re-birth and freshening of the Apex rear suspension in upcoming Yamaha models would be received with uproarious applause at Yamaha dealers across the snowbelt.