WHAT WILL POLARIS DO WITH THE INDY? 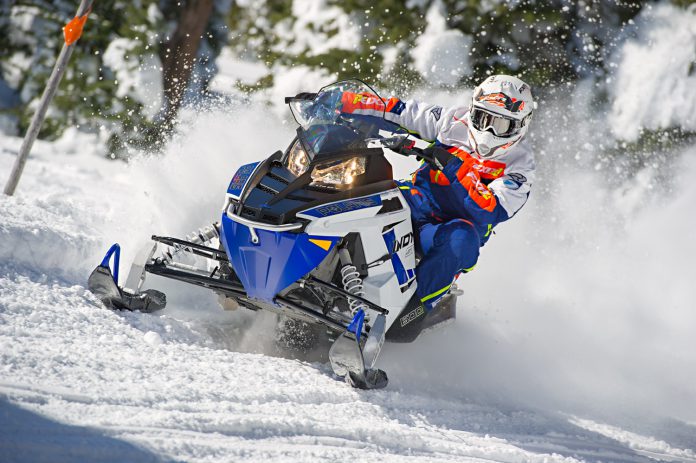 A question you’ve been asking is what we think Polaris will do with the 121-inch Indy.

Frankly, we love the current Indy but know Polaris needs to inject some enthusiasm into that particular model, and soon.

As it is, the Indy has been demoted to a 600cc bargain sled in the brochures and it’s not because it isn’t a good snowmobile – it’s just a bit outdated compared to the other available performance Polarii built on the newer AXYS platform.

Our thinking takes us to current sleds now being offered on the AXYS-Indy platform – the in-tunnel 2017 Switchback 144 and Voyageur 144. We think the next Indy will definitely be built with a similar AXYS front clip but with a 121-inch track.

Will there be a return to an 800? Dunno, but we do know that a 121-inch 800HO AXYS-Indy would be way, way fast! It might be faster than an AXYS RUSH and we don’t think that’s the result Polaris wants.

If it remains a 600 with the new AXYS 600, we’re okay with that, too, but think Polaris might be missing out on something really good with an 800 Indy.

Another thought we’ve had is increasing the RUSH with Pro XC external shock to a baseline 129-inch track length (like the competition) and keeping the Indy as the company’s high value 121-inch product. This would be a win-win for snowmobilers and allow Polaris to cover more bases in the performance category.

Essentially Polaris could dump the in-tunnel Indy altogether and just rename a slightly trimmed down 120-inch RUSH the Indy.

Kent Lester
Kent Lester is Co-Publisher of SUPERTRAX Magazine and a regular contributor to this website.
Previous article5 REASONS YOU SHOULD BUY A 2-STROKE SLED
Next articleTHE NEW VIPER