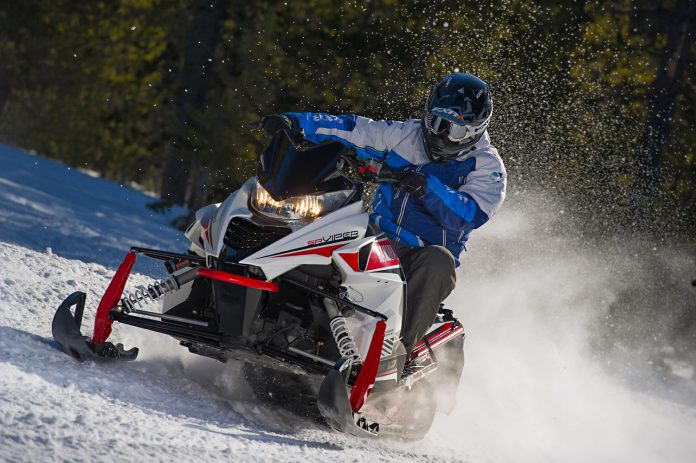 This is pure speculation but we’re wondering what Yamaha has in mind for the 2018 Viper.

There are a couple of factors that are playing into our theory for a big revamp of the Viper.

First, the current Cat-based Viper is in its third year and wasn’t changed much last year. Second, the Vector underwent some big changes last year, but is still being overshadowed by the Viper. Third, the Vector has some new technology, like the SingleShot skidframe and electronic throttle control (YCCT) the Viper doesn’t have.

When we put it all together we could see a new Viper with electronic throttle control, the new SideWinder roller secondary clutch and the new Yamaha-designed SingleShot skid.

We’re thinking elements of the new SideWinder bodywork might even show up on the Viper.

These changes would separate the Viper much more from its Arctic Cat counterparts and give it the Yamaha distinctiveness the company seeks.

Changes like this would likely give Yamaha much more incentive to deep-six the Vector – a move Yamaha hardcores would no doubt lament, but one that is probably necessary given the huge selection of Viper models offered.

Kent Lester
Previous articleWHAT WILL POLARIS DO WITH THE INDY?
Next articleSKI-DOO’S NEXT 600 E-TEC