WHAT KIND OF LYNX COULD COME TO NORTH AMERICA? 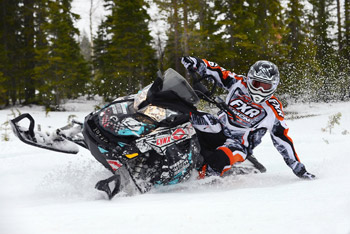 If BRP were to bring Lynx snowmobiles across the ocean, what would they be like?

Keep in mind, the key word here is “IF”! However, you know us well enough that we’re always postulating theories and making up rumors about what the sled-makers might be doing.

We’re not sure if they’re reading our stuff or we’ve just been lucky, but it’s kinda amazing how close we’ve been to the truth over the years.

The Lynx line-up is pretty amazing and although these sleds use much of the technology found in Ski-Doos such as engines, TRA clutches and basic chassis platforms, there are considerable differences in bodywork, chassis layout and suspensions (Lynx uses a PPS skidframe).

There’s enough difference that Ski-Doo actually sells its whole line-up in Northern Europe right next to the Lynx products and buyers there swear their preference for the Lynx.

We were wondering what kind of Lynx would appeal to the North American snowmobile buyer? We’ve ridden these sleds and have a pretty good idea what they feel and perform like (there is a notably different tactile “feel” to these European sleds).

For certain, suspension design is a whole new ballgame and since Europeans don’t favor trails the way we do here, the suspensions are not as compliant.

We think a really big upgrade in shocks and calibration would be necessary. Also, engine selections within certain model categories could be different. Lynx uses a lot of 2-strokes and fewer 4-strokes in its line-up.

Keep in mind, these sleds would be “true imports”, assembled entirely in Finland, not in Valcourt, Quebec.

Kent Lester
Kent Lester is Co-Publisher of SUPERTRAX Magazine and a regular contributor to this website.
Previous article800 E-TEC GSX SE or 1200 Grand Touring?
Next articleHOW IMPORTANT IS HORSEPOWER?