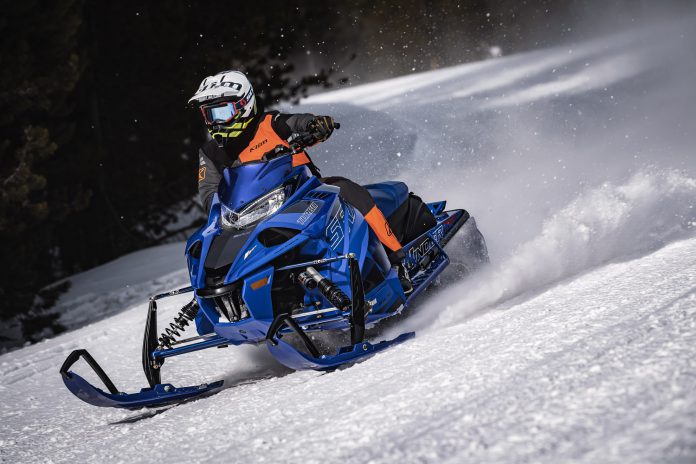 As factory turbocharged induction continues to spread in the sno-mo-biz, you have to accept the reality a substantial number of high performance snowmobile buyers may have some anxiety about laying down copious jing for this technology.

What do I mean by anxiety? For years hypersled buyers have been satisfied to accept that if you trade-in your EFI 600 on an 800 you will go faster. Same goes for trading in your 800 for an 850. More cc’s equal more power equals more speed up Kevlar Lake. Simple.

The equation is different today. Yes, the 4-stroke turbos currently in play from Ski-Doo, Arctic Cat and Yamaha have been generally easy to understand by shifting the power metric to horsepower rather than cc’s. Ski-Doo has offered the ACE 900 4-stroke turbocharged triple in 130, 150 and 180 HP variants. Pay more and you get more HP. Again, simple.

Where it gets complicated and maybe a little scary is when aftermarket tuners tweak these 4-stroke turbocharged triples with the use of a waste gate controller.

This is pretty standard stuff in the automotive aftermarket and for the most part the guys who own sno-mo-4-stroke turbo powered rides know what they’re getting into. In the case of the Yamaha triple turbo used in both the SRX and the T-Cat there is a high degree of confidence in the durability of these engines even with a tweaked waste gate controller.

So, with more turbos being offered than ever before in this biz do you want to jump in and do a waste gate modification or have someone else do this kind of steroid injection on your shiny new Sno-Bullet? It’s widely accepted that high performance sled buyers are the most prolific modification buyers.

Truthfully, back in the day, the modification of choice for power crazed snowmobilers was an aftermarket exhaust system. I don’t mean an aftermarket silencer affectionately referred to as a “can”. Cans are still very popular and relatively easy to install. I’m talking about the installation of full-on dual and triple expansion chambers.

Sadly, the aftermarket pipe business has all but disappeared mostly because of across-the-board implementation of EFI, SDI and DI fuel delivery along with EPA emission mandates. Thankfully, there’s an easier and relatively cost-efficient way to get more power if you’ve got a turbo: An adjustable waste gate controller.

With the recent arrival of factory-built turbocharged 850 2-stroke twins, the plot thickens. These engines from Ski-Doo and Polaris deliver righteous performance with little weight penalty and no discernible drive-ability issues whatsoever. They both produce 165 to 170 (arguably) HP without turbochargers and when using what amounts to a very small amount of boost – just three pounds on the Patriot Boost Indy – those three pounds of boost push available HP upwards almost 15 percent. Not an insignificant number.

Will the aftermarket produce waste gate controllers for these new generation 2-stroke turbo engines? Yep. In fact, this work is likely underway right now. The aftermarket will never shy away from an opportunity to tweak new technologies and offer the public instant HP.

Truthfully, if there’s anything to fear about turbos or turbo-enhancing mods in this proliferation of turbocharged power for snowmobiles it’s this: Manufacturers Retail Suggested Prices. The new fleet of turbocharged snowmobiles (both 2-stoke and 4-stroke) are among the most expensive sleds we’ve seen in the history of the sport.