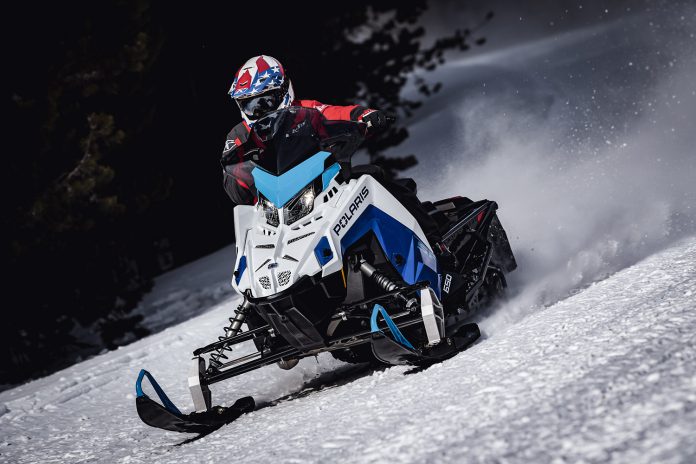 We get asked this question a lot: What can I buy that delivers really good performance for trails (and maybe some off-trail riding) that won’t break my bank account?

The nature of the question has to pretty much eliminate top performance sleds like the SideWinders, Thundercats, Mach Zs and any of the 800-850 2-strokes. These sleds sit at the top of the price charts and pretty much rule out anyone on a tight budget from buying one – especially a new one.

So where do you go if all your buddies are driving sleds like these and you’re finding it impossible to keep up? Where do you go if you still want the latest platform, better-than-average suspension and best-possible handling?

There are a couple of places to look and it all depends how much you’re willing to compromise to get solid performance at a bargain price. First place you’ll need to check out is the 600-650cc selection out there. Yes, some of the midrange 4-strokes like the Viper and 130-hp Ski-Doo turbo are decent deals, too, however, there is a price limit here and most of these cost more than their 2-stroke counterparts in the same chassis.

The performance level of Ski-Doo’s 600R, Polaris’ 650 and 600 and Cat’s 600 DSI 2-stroke twins fall into the 125-135-hp range and definitely produce enough power to keep your friends with bigger displacement sleds in full view.

Let’s look at these sleds – not in their premium form with all kinds of bells and whistles added to the top line models in the brochure – but rather at the minimalist versions with decent, functional shocks and less electronic stuff.

First, Arctic Cat: The Cat offers its Dual Stage Injected 600 twin. There is no baseline 600 at all and this pretty much eliminates the ZR 6000 from this comparison. Not to say buyers wouldn’t be happy with these choices: it’s just you’ll have to ante up an extra couple grand over the competition’s pricing on more value-tagged models available in their line-ups.

Next, let’s look at what Ski-Doo has to offer the more impoverished rider who still has an addiction to speed. Ski-Doo covers a lot of bases with the 600R E-TEC engine and the company’s top-line sleds like the XR-S and X-series models offer a ton of electronic and shock upgrades. These sleds are good value – if you can find the extra coin to buy them.

However, if you’ve taken a good look at the Adrenaline (137) and Blizzard (129) versions of the MX-Z and Renegade you’ll be surprised how much you get for a lot less than the aforementioned premium model Ski-Doos. Both the front and rear suspensions have been upgraded to match the more expensive ‘Doos with the latest X-series engineering. The only difference is in the dampers but they still use extremely well-calibrated, although less adjustable KYBs – and have a ton of built-in features that make them super-appealing.

The good news is the price has been kept as low as possible and that means a lot more jing left in your pocket. In some markets that can add up to about two grand in savings – for a really good, competitive sled!

Polaris now offers its 650 in a bargain-priced sled, the Indy SP. Its power and torque – especially when evaluated from the seat-of-the-pants, puts its drivability rating mighty close to some 800 class sleds from the past. Pricing puts it below Ski-Doo’s Renegade Adrenaline and MX-Z Blizzard 600R.

Our final rating of the Polaris SP and the Ski-Doo Adrenaline and MX-Z Blizzard clearly makes the value choice hard to decide on. You’ll pay a few hundred more for the Ski-Doo variations but you’ll get all the latest stuff. On the other hand, with the SP you’ll get a very competitive sled that can still compete against the big guys. Your wallet; your choice.