Thoughts On The 4-Stroke Market 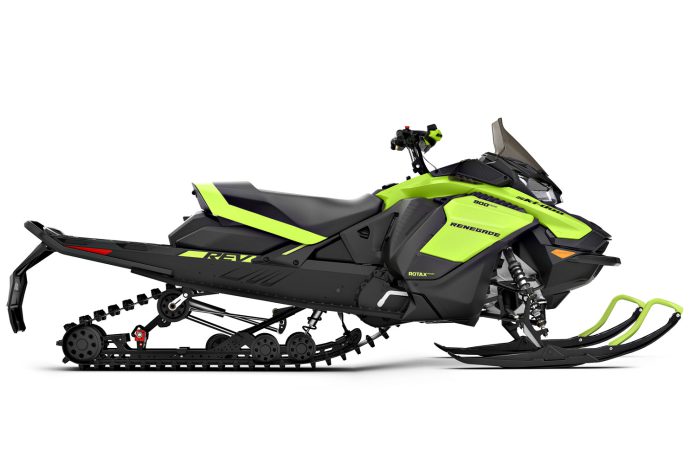 Nowadays, whenever you mention snowmobile 4-strokes, everyone pretty much wants to talk about 150-plus horsepower turbo sleds.

You’d almost think there was nothing else 4-stroke on the market except those high-priced, high-powered rockets.

On the other side of the coin though, is the fact 4-strokes like Ski-Doo’s 900 ACE series continue to dominate the sales records. Ski-Doo bald-faced claims one of its biggest sellers is the 95-hp 900 triple – in any category it’s offered.

Our feedback coming from readers and viewers has always been: “Why would I buy a 95-horsepower 4-stroke when I can buy a 600 2-stroke that is faster, lighter and cheaper (in most cases)?”

Good point, really, and one we thought was pretty much entrenched in every snowmobiler’s mind. Yet, the 900 ACE continues to kill in market share. There must be more to it.

Here’s our best guess as to what this is about. Those legions of buyers who love the 4-stroke 900 ACE are simply not the same buyers who want a 600 2-stroke.

It’s pretty obvious these consumers are walking right past the 600 2-stroke in showrooms and choosing the ACE 4-stroke. Don’t get us wrong, we’re not saying Ski-Doo is selling less 600s because of the ACE – more so, it’s that Ski-Doo is reaching a different market segment altogether with it.

We’re not sure if this was intentional when the marketers dreamed the 900, but it’s sure ended up this way. So who is this buyer who prefers the 900?

To be fair, the ACE isn’t slow. It makes 95 torque-laden ponies and is absolutely a pleasure to ride corner to corner. It’s quiet, smooth, sips gas and doesn’t burn 2-stroke oil. Obviously, based on sales volume there are a lot of snowmobilers who prefer the above traits over pure acceleration and top speed.

We’ve talked to dozens of 900 owners, some on their second or third copy, who absolutely love the performance range and other benefits the engine affords. Some of these folks almost view a 600 deuce as being a top performance sled, given the 125-hp range they are now in, and swear they don’t need that kind of power for the way they want to ride.

So, if our theory has any grit, what kind of 4-stroke would a company like Polaris be wise to consider? We think a naturally aspirated 4-stroke displacing 1000ccs and making about 110-hp would have the best grab in the marketplace provided it was priced below Yamaha’s Viper and maybe not too much higher than the 900 ACE.

Maybe a turbo would come later, but we’re thinking an Indy with a 4-stroke like this would go over big-time with the market we just described.