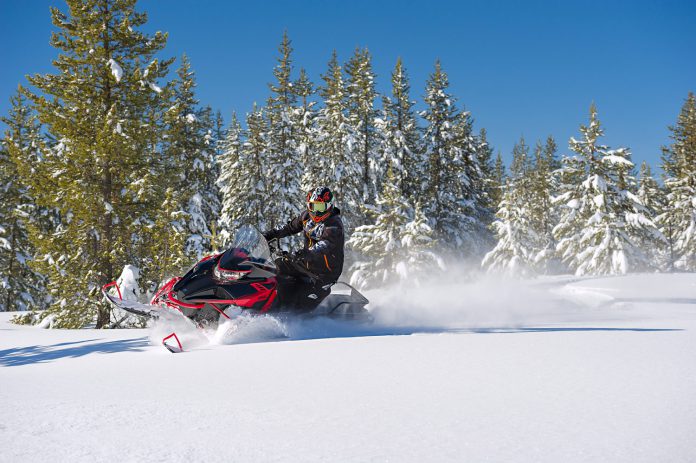 We recently posted an article about the possibility of Yamaha introducing a full-on trail-class 2-stroke sled next year entitiled 2021 YAMAHA 2-STROKE.

As usual, it stirred up the pool of Yamaha fanatics who are still offended that Yamaha builds sleds on Arctic Cat’s ProCross chassis. Jeepers, this is after seven model years! Try to get a grip.

There are some facts Yamaha riders need to understand about this melding of the two companies. First, Yamaha hasn’t been involved with Arctic Cat in a vacuum.

Yamaha’s engineering team has been working and walking in lock-step with Cat since the beginning on pretty much every sled with a “Y” on the hood.

The relationship has been a good one for both companies because a multitude of Yamaha’s specialized manufacturing methods and procedures were handed over to Arctic Cat to meet the standards Yamaha required.

This process took a couple of years to get perfected but the net result is a much better built, better finished, more reliable product for Arctic Cat and the continuation of the high quality image Yamaha has always maintained.

Further to this, many enthusiasts believe Yamaha sleds and the Cat sleds are exactly the same. Not true. Yamaha’s specifications for calibration on suspension, clutching and overall electronics performance are uniquely different.

Yes, a lot of the design stuff used in production sleds may have been laid out by Arctic Cat but it was always delivered in co-operation with Japan.

The fact is, many of the features you’ve seen on Arctic Cats were initiated by Yamaha. Things like engine electronics, gauges and switchgear – even suspension designs and features were either approved or developed in complete co-operation with Yamaha.

One reader commented: “Arctic Cat is hardly even using Yamaha engines anymore”. This is partially but not completely true. As time has moved forward the two companies are seeing that Yamaha’s unique gifting is in designing and marketing 4-strokes and Arctic Cat’s is in doing the same with 2-strokes.

Naturally, Cat’s 9000 Series turbo 4-strokes are Yamahas and Arctic Cat uses Yamaha 4-strokes in some of its touring and utility sleds, too.

Why shouldn’t Yamaha offer an “everyman’s” 2-stroke sled? The demand for one is there from Yamaha fans, dealers would love it and Arctic Cat’s 600 2-stroke technology is time-proven and extremely good.

Furthermore, it looks like there hasn’t been and won’t be much cross over of buying habits between Yamaha and Cat riders – both will continue to buy the brands they distinctively love.

It’s still a win-win for both companies.

Kent Lester
Kent Lester is Co-Publisher of SUPERTRAX Magazine and a regular contributor to this website.
Previous articleThoughts On The 4-Stroke Market
Next articleArctic Cat Announces Model Year 2021 Snowmobile Lineup