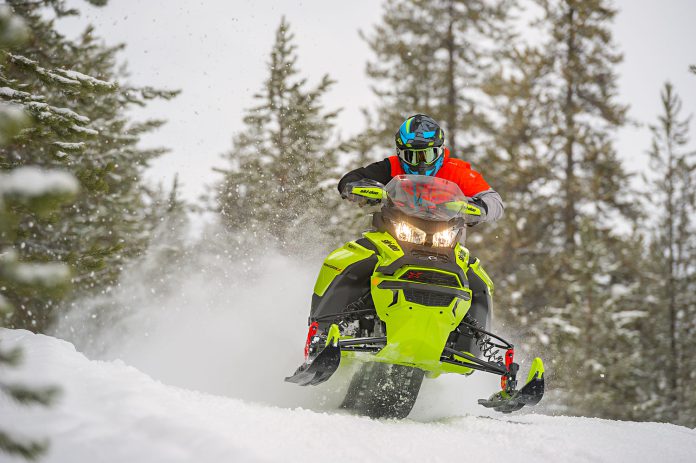 In what seems like an unlikely twist (ya think?) I’m going to agree with most of his assertions. Of course, considering his limited enlightenment, his comments are obviously shortsighted but hey, who’s keeping track.

Ski-Doo’s dilemma with the Turbo ACE platform is quite simply this: Attach the suffix “turbo” to anything motorized and customer expectations go through the roof.

However I believe there were just as many Ski-Doo-o-philes who saw the word “turbo” and immediately assumed this was (finally) a Ski-Doo worthy of challenging current Arctic Cat and Yamaha turbos. It wasn’t.

So, this leaves Ski-doo in the unenviable situation of not meeting their customer’s expectations in this high profile segment occupied by AC and Yamaha.

It doesn’t matter that the math clearly identifies the 900 Turbo having a 30 to 50-horsepower deficit on the competition. No matter how you cut it, 180-hp trumps 150-ponies. Some buyers expected more.

Enter the electronic engine programmer. A number of savvy Turbo ACE 900 buyers didn’t put their sleds on the snow last winter before enlisting a re-flash of the Turbo’s wastegate controller, netting as much as a 50-hp improvement. This activity solidly cast a vote proving Ski-Doo buyers want more turbo horsepower.

BRP is dealing with this same phenomenon on the 900 ACE powerplant used in the Sea-Doo Spark. For peanuts you can turn a 60-hp Spark ACE 900 into a 90-hp Spark.

Ski-Doo needs to get in front of this very real, very vocal group of enthusiasts and give them what they want – a 180-hp (minimum) 900 ACE Turbo HO – and go ski-to-ski with the T-Cat and the Sidewinder, pronto!

We’ve just concluded the annual US consumer snowmobile circuit returning from the last and biggest indoor show in the USA – the Snowmobile America Show in Novi, Michigan. Without a doubt, Ski-Doo only needs to tweak the Turbo ACE and apply some new graphics and they’ll have another homerun on their hands.

Yellow underwear show attenders made it clear they’re not just ready for the HO ACE, they’re drooling at the thought of it!