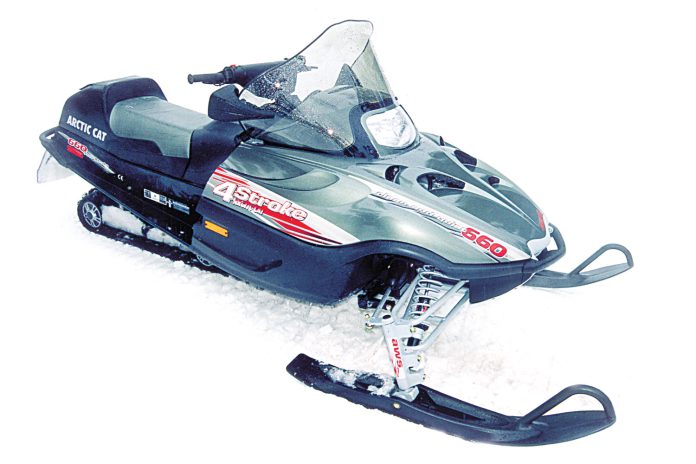 When Arctic Cat introduced its latest innovation in 1999, the ZR-based Yellowstone Special, no one was sure it was a viable idea.

The sled was a conventional 2-up sled that looked, except for a deep gray paint job, exactly like a Panther. However, shoehorned under the hood was a naturally aspirated (EFI) 660cc 4-stroke 3-cylinder Japanese automobile engine.

The sled used conventional Arctic Cat CVT clutches and although it only produced about 60-horsepower, turned out to be a pleasant, comfortable conveyance.

Most noticeable was its lack of power, but in the pre-EPA days owners loved the fact it sipped gas and didn’t require 2-stroke oil. There was absolutely no exhaust smoke and the media claimed this engine was so durable “it would probably outlast the snowmobile chassis it was planted in by 20 years.”

Arctic Cat’s new 4-stroke started a landslide of experimentation by the competition to get onboard with super-clean 4-stroke power. Within a year every OEM had at least one 4-stroke on the drawing boards and soon after put them into production.

The 60-hp Polaris Frontier, Ski-Doo’s V-1000, and by 2003, Yamaha had made the bold proclamation it was going to build nothing but 4-stroke snowmobiles.