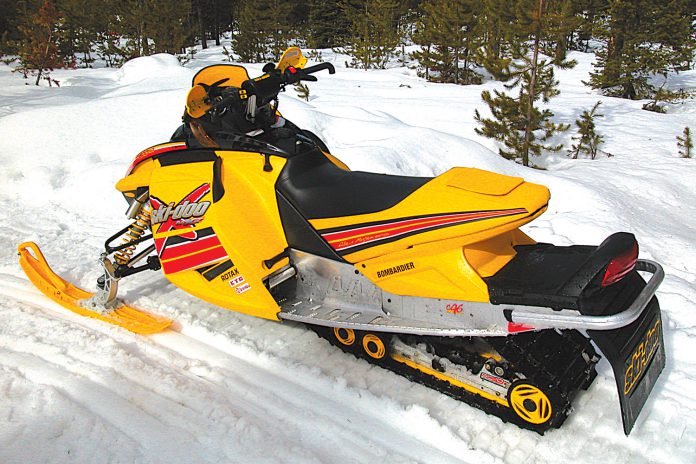 Yamaha introduced its revised single shock skidframe in the 2006 Apex and it set the industry on its ear. In the first years of its use in the Apex and later in the Vector an Ohlins skid shock and a remote, tunnel mounted compression adjuster was used. The system was slick and the sled delivered a ride still considered a benchmark in the industry.

Ski-Doo continued to produce variants of their SC series skids in the Golden Decade and then intro’d what would re-define snowmobile suspension ride quality – the iconic rMotion. rMotion continues in full production to this day and there’s little doubt this masterfully engineered suspension is the standard by which all others are measured.

Polaris stuck with its Indy Edge-derived twin shock rear end throughout the Golden Decade until it shifted the paradigm with the first Pro-Ride external shock system later.

The net effect was the company did not have a class leading rear end design until the innovative ProCross chassis with its Slide Action rear arm emerged in 2012.