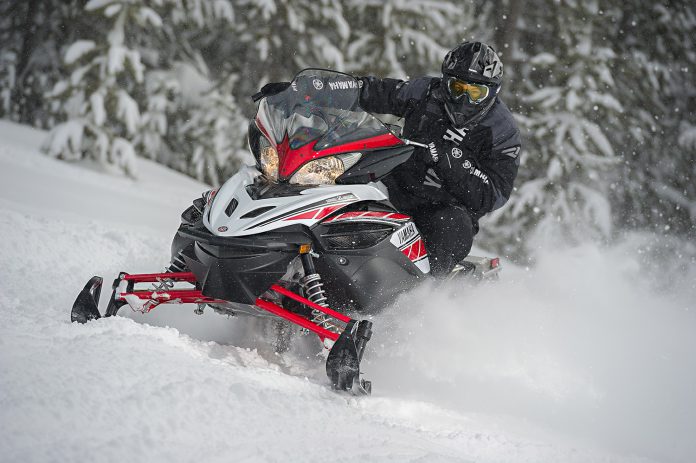 Yamaha birthed the SingleShot, used exclusively in RS-Series Yamahas like the Apex and Vector a couple years ago. It was designed to offer a better long travel ride while paring weight from an already too heavy snowmobile. It is available in two lengths, a 129-incher and a 146-inch version.

It is unique in that it uses couplers with a single shock system. Thus, the coupling depends solely on the rail unlike most coupled skids that couple with the middle and the rear shocks and their related arms involved to get either or both ends of the rail to actuate when necessary.

Since one shock is definitely lighter than two, unsprung weight is less than most 2-shock skids but the downside is there’s less adjustability with one shock than there is with two.

We like the way this skidframe rides and Yamaha has done a really good job of maintaining ride compliance whether using an IFP gas shock or an air shock. One of the challenges with a single shock back end is track deflection (loosening and tightening of the track as it cycles through its travel) and by carefully mounting the shock angled forward in the skidframe and using big pull-rods and separate front and rear arms, deflection is not much of an issue here.

We’ve also noted the SingleShot uses a fairly long front arm with a rather high mounting point at the base of the front arm where it attaches to the rail. This up-to-date thinking is likely one of the reasons this skid works so well despite its relative simplicity.

We think there’s a future for the SingleShot in SR Yamahas like the Viper and SideWinder – whether or not Yamaha will go in that direction remains a big question.