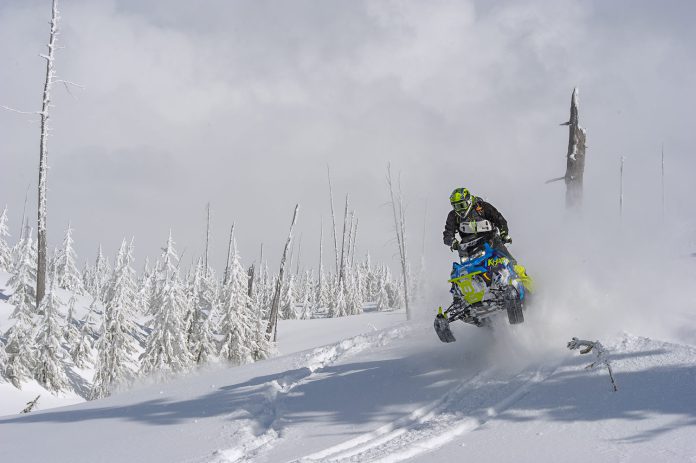 Snowmobiling is unprecedented in its introduction of ground-breaking technology and use of engineering ideas other powersports mediums only dream about applying.

What’s happening in the auto industry has a tangible effect on what’s going on with snowmobiles. Same with the electronics industry; it’s no accident we’re seeing increased digitization used in the instrument packages offered on snowmobiles, and even the availability of things like GPS and cell phone app compatibility.

There are bigger trends happening. BRP recently announced it is building prototype 100-percent electric versions of its Sea-Doo watercraft and Spyder street roadster.

In a recent post on mainstream media, the company made it clear it will be building prototype all-electric Ski-Doo snowmobiles in the near future potentially for use in ski-hill applications and probably, national parks.

This response is clearly driven by the auto industry’s drive to perfect and market electric cars and trucks. Whether you agree with the demise of fossil-fuel powered transportation or not, this line of thinking is being pushed big-time by pseudo-scientists and politicians. It’s a trend that exists and is being jammed down our throats in a big way.

Clean and green electric power is a trend we gasoline addicts cannot buck – and it’s just not wise if we bury our heads in the sand and ignore it.

Yes, we can produce all the arguments about how environmentally clean our sport has become in the past decade, but governments only interested in getting re-elected continue to try to sell us on the fact that all fossil-fuel powered vehicles are tremendously evil and we need to be going electric.

So far, we haven’t had a chance to actually try out an electric snowmobile. A company you’ll be hearing more about, Taiga, actually plans to build a couple thousand of them this year – and we’re betting they work surprisingly well.

Another completely different trend we’re seeing – and it’s exclusive to the snowmobile business – is increasing consumer demand for price-point sleds.

There’s an awareness among newbies interested in getting into the sport that it’s expensive. This is entirely true and is a pretty major roadblock in getting the boundaries of the snowmobile market to increase.

If the market has come to a place where only those who are seasoned, experienced enthusiasts are prospective buyers, then our marketplace is only going to get smaller.

So far, the OEMS have not wholeheartedly responded to this trending line of thinking, but they need to! We need sleds that are cheap, fun and offer the full snowmobile experience at an unprecedented low price.

Yes, there are a couple of sleds that do this – the baseline, and unchanged for years, 600 Indy and Ski-Doo XP Sport series sleds are examples – but both companies hide these sleds at the back of their product brochures and refuse to promote or glorify them lest they become too popular and outsell their pricier, more fully equipped models.

There are very inexpensive ways to offer these sleds with already-developed suspension and driveline technology that would tempt first-time buyers or those who have been out of the sport for a while, to invest.

You could argue the industry is already moving this direction with sleds like the EVO, SnoScoot and ZR200; however, it’s different. Those are snowmobiles designed for an already-entrenched market and are never sold into a vacuum – meaning there’s always someone else in the family with an adult-sized full-meal-deal sled.

There are choices to make and ideas to be followed-up as pressure from world-wide trends become more visible. I just hope they never bring out a self-driving sled. That would really suck!