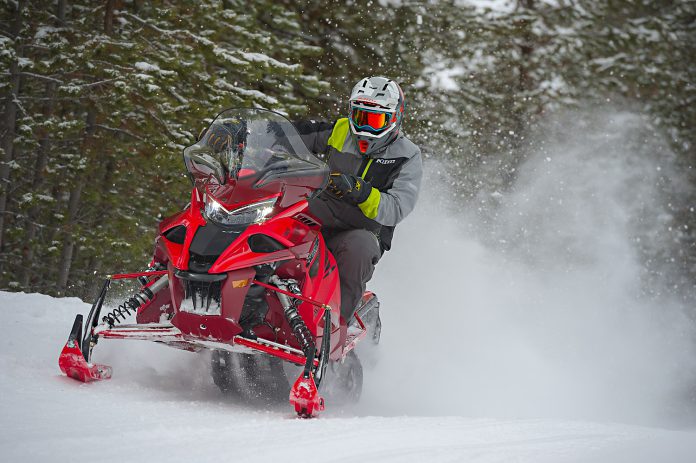 It’s been a long haul for our readers who reside in the US Midwest. Before last winter’s near record cold and snowfall and thus a long riding season, there had been five so-so winters in a row for the US heartland.

In Canada, particularly in the province of Ontario, we’ve had some duds and some winners in the same time span. Before you assume that’s because we’re way up north and should expect lots of consistent snow, consider this: The heartland of snowmobiling on the east side of the Great Lakes in Ontario, New York and Quebec is mostly located parallel to or just south of prime riding areas in Michigan, Wisconsin and Minnesota. The Great Lakes send a lot of snow to us here in the east.

In terms of attitude and overall enthusiasm for snowmobiling, we’d have to rate this fall as strong. The response to early-order programs was, across the board, exceptional.

With the Midwest having a strong snow season last winter, motivation to early-order a new ride was so strong it set records. As history has shown, time and again after a good winter, particularly one that goes late into March and early April, the manufacturers are pretty much guaranteed a strong early-order sales season. That’s exactly what happened in virtually every market where snowmobiles are sold.

With the OEMs claiming they have varying degrees of unsold inventory for sale this fall it’s interesting to ponder what will happen next. “Next” is the in-season sales season. It’s the second segment of the three part snowmobile yearly sales cycle.

Once we get to mid-December “show me” buyers enter the market. This is the third part of the sales cycle. These buyers don’t care about last season’s snow but would rather patiently wait until they see how the current winter kicks-off.

Believe it or not, these buyers are, for the most part, western deep snow types. What’s really interesting about this phenomenon is this: The mountain market is now the largest single segment in the sport. This means the OEMs have to “ball park” mountain sled production numbers to a higher degree than the “trail” segments and can end up with crates of unsold sleds if winter begins late or is less than heroic out west.

Ski-Doo, for the first time in many years, has some non-current inventory it has been successfully selling this fall. It will be interesting to watch what effect this will have on 2020 model fall sales. Ski-Doo’s Spring Break early order program was a huge hit last spring.

Arctic Cat’s “build to order” posture has to be causing dealers heartache without access to any current model year sleds to sell this fall while Polaris looks to be pretty clean of non-currents and you can bet they built long on mountain models as demand for the RMK series is at a fever pitch out west.

Yamaha swallowed the bitter pill a year ago and built short in an effort to clean house and move non-currents out the door. From what we heard it’s done just that and is selling 2020 sleds without the distraction of unprofitable year-old models.