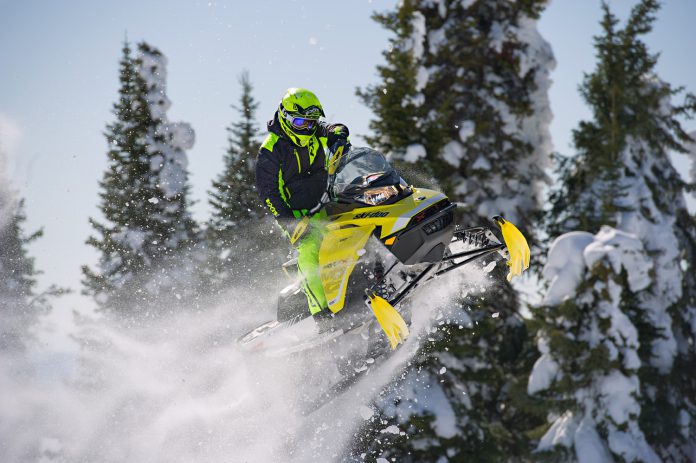 There’s no doubt Ski-Doo has slain the snowmobile sales marketplace the past 13 years. “REV” has become at least as iconic as the name “Indy” was in its hayday.

Ski-Doo has demonstrated real leadership in protecting its huge (rumored to be more than 50-percent) market share by “one-upping itself”, as visionary CEO, Jose Boisjoli, calls it.

In Boisjoli’s estimation he would much rather be one-upped by his own products than wait until the competition catches up.

The 800 class has become entrenched as the “top performance” segment. Every OEM either has an 800 2-stroke or makes an equivalent 4-stroke in the 135-165-hp zone.

As it turns out, Ski-Doo’s Series III Rotax 800 E-TEC was getting long in the tooth. The engine has been around in E-TEC trim since 2008 and even earlier as a carbed PowerTek variant.

The production E-TEC 800 arguably produces 150 to 155 horsepower and over the years that 800 has displayed some crankshaft reliability issues when the odometer climbs into the teens.

Performance and drivability have always been good with the Series III E-TEC but the arrival of the Polaris AXYS with its all-new Liberty 800 HO two years ago, moved the bar.

The Ski-Doo faithful will roll their eyes at this assertion, however under repeated pulls up Kevlar Lake, the Polaris 800 HO was the consistent top speed king against the E-TEC 800.

Ski-Doo was not oblivious to the fact the 800-class horsepower bar was moving upward. Along with the arrival of the Polaris 800 HO there has been continual and increasing promises of a domestic 800 DSI Arctic Cat.

In any case, Ski-Doo did what leaders do: It changed the rules and crafted an all-new 850cc E-TEC twin and essentially sent the competitions’ 800s back to the drawing board.