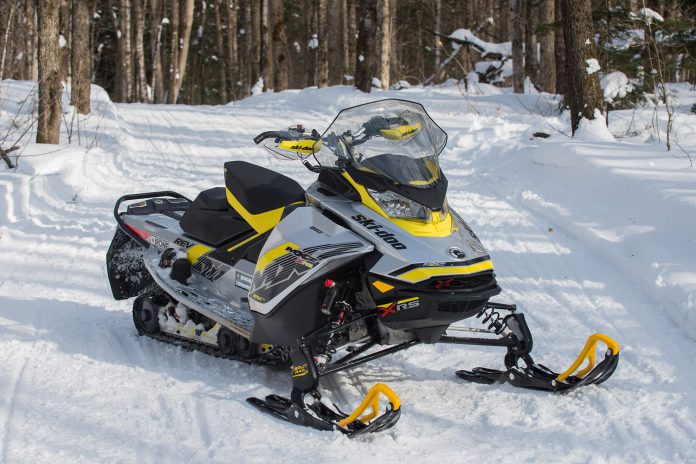 The discussion involves whether the popular Pilot TS (Tunable Ski) handles differently on a G-4 than an XS or a G-4 equipped with non-adjustable Pilot 5.7’s.

This is an interesting conclusion given any XS Ski-Doo equipped with TS skis handles – IMO – superbly as you dial in the amount of carbide you need for the trail conditions of the day.

The G-4 feels like it is dipping and ducking in some cornering situations depending on the way you set up the TS carbides – specifically how much carbide is emerging from the ski-bottom.

We can best describe the feel of the TS skis on a G-4 in the twisties as “segmenting” a corner. There is a moment of strong oversteer on initial turn-in followed by a reflexive backing out of the input to counter the strong over-steer sensation.

As the pilot attempts to continue the turn, this is countered again with another dose of reflexive handlebar turn-in, which nets a strong over-steer sensation. The process when pushing hard at speed becomes a bit dippy and ducky.

For the record the 5.7’s do not display this trait and turn-in predictably with a balanced measure of initial turn-in followed by an easy to control transition from under steer (slight push) to over steer (progressive bite). This is pretty much the steering response most riders are familiar with and generally find easy to control.