WHY IT’S A NEW ARCTIC CAT 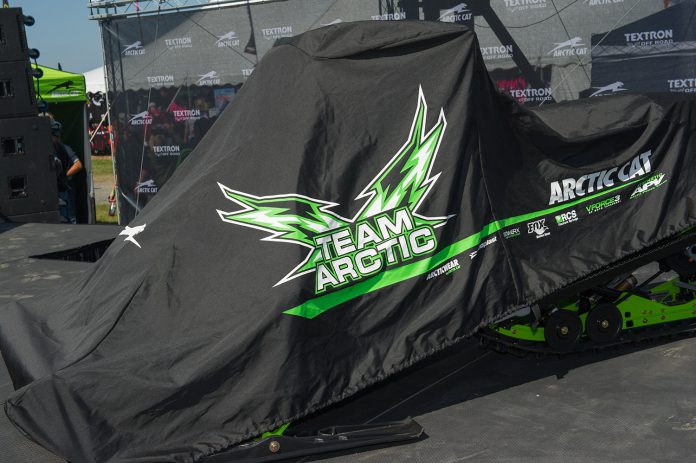 Everyone felt the ground shake and wondered just exactly what it meant for the future of the iconic brand. So here’s my thumbnail sketch of the events and some insight into what’s happening.

First and foremost everyone needs to get this straight: By early 2017 Arctic Cat as a publicly traded corporation was in peril. An almost amazing combination of outlandish events left the company strapped for cash.

More amazing was this reality: About 30 months previous and for decades before, the company had not relied solely on bank borrowing to operate. According to sources, the company’s leadership never wanted to be in the position it was in 1984 when Arctic Cat ran out of money and went under.

However, unbelievably, just a few short months before the sale to Textron occurred, Arctic Cat burned through its longstanding $120 million in cash reserves and ran up another $80 million in debt. That $200 million spending spree made the company vulnerable to a take-over.

Enter Textron. Personally, I think Textron has been given a pretty rough ride by some in the industry.

The idea Textron’s acquisition was some kind of corporate raid on Arctic Cat is not the least bit accurate. In fact, Arctic Cat, according to sources, was teetering on the brink of financial demise. Textron literally saved the brand from what could have been a piecemeal sell-off and the end of what we know as Arctic Cat. That is not going to happen with Textron owning Arctic Cat.

Okay, I’ll say this: Textron may not have used the best judgment when it immediately removed the Arctic Cat name from the off-road vehicles Arctic Cat had developed and marketed. This move generated more negative scuttle in the short term than was necessary.

However, I think the backlash served to bring Textron up to speed in a hurry to the reality of just how much pride there is in this iconic American brand.

Do we believe in Textron’s commitment to the Arctic Cat brand remaining on the snowmobiles the company produces? Yes.

In fact, emphatically. It takes the intelligence of a chipmunk to understand how important the name Arctic Cat is to snowmobilers and dealers. There’s tons of equity in the Arctic Cat name and Textron will stand by its word. Any fiddling with the “Arctic Cat Snowmobiles” brand would create a backlash no amount of ‘splainin’ could justify.

Besides, is Textron better recognized in the snowbelts of North America and Europe as a snowmobile brand than Arctic Cat? Nope.

Textron is definitely in for the long haul with its purchase of Arctic Cat. How do I know this? If it was going to shampoo and Armor-All the company to prep it for sale, Textron certainly wouldn’t have rebranded the off-road division’s products as Textron ATVs and SxSs.

Another reason I believe Textron is sincerely committed to building Arctic Cat snowmobiles into an even stronger brand is the reported price it paid for the company. Sources say the number was around $250 million with another $40 million in executive pay-outs when they cleaned house.
While this is a formidable number by itself, why not pump cash into this new acquisition? Textron is a $15 billion company with the money and resources Arctic Cat needs to stay on track financially.

I’ll take this opportunity to welcome Textron into this incredibly crazy industry, the snowmobile business.

This is the only industry where consumers spend inordinately large sums of money every year so they can go out in the dead cold of winter and ride thousands of miles.

In this case being crazy is pretty good.