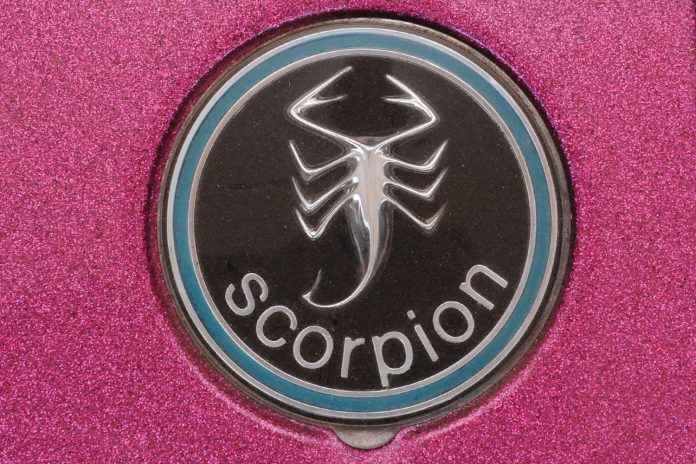 Scorpion, originally known as Trail-A-Sled, was founded in 1958, and began snowmobile production in 1963 in Crosby-Ironton, Minnesota.

From the beginning, Scorpion was focused on developing superior track technology.

Instead of the old rubber belt and steel grauser designs that were heavy and unreliable, Scorpion wanted the strength and consistency of a molded rubber track.

In 1967, after the establishment of its rubber track manufacturing division, payroll was over $1 million and Scorpion was producing 85 units per day.

In 1971, production hit 200 a day and a second expansion of the Scorpion plant was added. 20,000 Scorpions were built that year.

Reality hit hard in 1972 when an unusually mild winter left all OEMs with huge inventories of unsold sleds.

The Fuqua Corporation sold the business back to its original management group after losing millions of dollars. Things revived and in 1974, the company purchased Rockwell Recreational Engine and renamed its engine the “Cuyuna”.

In 1978, Scorpion was purchased by Arctic Enterprises and operated as a co-brand until 1981.

That year, under extreme pressure from creditors, the company filed for Chapter 11 bankruptcy protection and although Arctic Cat was resurrected a couple of years later, Scorpion never survived.

Eventually Scorpion’s assets, including its licensing rights, were sold to Certified Parts Corporation of Janesville, Wisconsin.