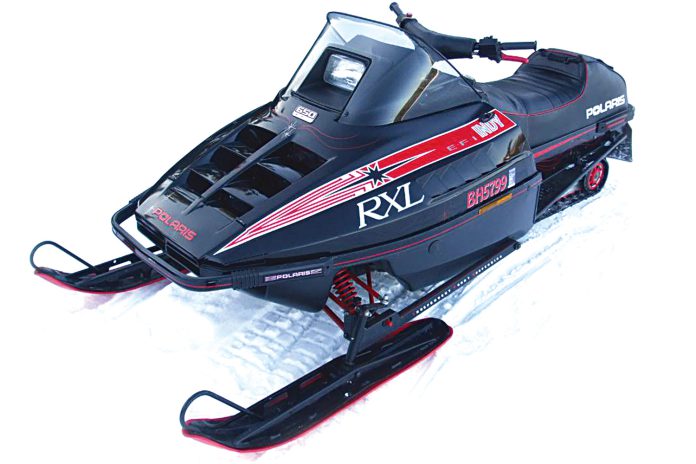 In 1990 the Polaris Indy ruled the roost and had done so for the better part of ten years.

Probably the most popular big-inch sled of the era was the Indy 650 powered by a carbureted 650cc piston port triple.

This somewhat unsophisticated 2-stroke made turbine-like power and, in combination with Polaris P-85 clutching, delivered performance way beyond expectations.

When Polaris announced its intention to build the same sled with electronic fuel injection, the naysayers were upset, probably because they felt it meant you could no longer make engine modifications to jack horsepower and performance beyond stock.

Remember, this was before the re-chipping of engine processors was a possibility and there were virtually no ”CPU kits” available in the aftermarket.

The naysaying continued until the day after the first person rode an RXL. The difference between it and the carbed 650 was profound. Why? There was no initial fatness on throttle tip-in; smooth, stumble-free acceleration every time and the best part: The RXL, at least in bone stock form, was noticeably faster!

Things moved quickly and it wasn’t long before any Indy with EFI (EFI was soon offered on the Indy 500 twin) was on everyone’s wish list.

EFI sales were booming but no one saw the shadow looming over Polaris and its EFI equipped snowmobiles.

In the mid 1990s a lawsuit was launched by Injection Research Services (IRS) and owner, Ron Chastain, who claimed Polaris had pirated its original 2-stroke EFI design.

Much legal wrangling took place and eventually Polaris ended up paying over $30 million to settle things.

Today, EFI is used on nearly every snowmobile built whether 2-stroke or 4-stroke.