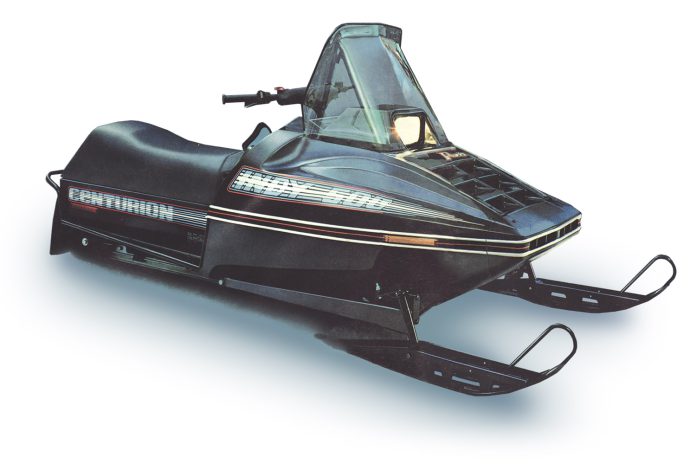 Changing everything is exactly what the TX-L Indy did in 1979 and 1980. At this time Polaris was a relatively small snowmobile OEM that somehow remained in business during the roughest period in snowmobiling history, the 70s.

Beyond any doubt the TX-L Indy was a direct byproduct of Polaris’ proud racing program.

The emergence of trailing arm IFS on the original RX-L ice oval racer was the archetype of the TX-L Indy. While other sledmakers fiddled with independent front suspension designs, Polaris built a durable and effective trailing arm IFS, then raced and won with it.

While it’s true the emergence of Polaris trailing arm IFS was pivotal for the entire industry and the TX-L drove every other OEM to launch their own IFS variant, it’s also true but not equally acknowledged the TX-L Indy had a few more things going for it. Most importantly was its extensive use of aluminum.

Yes, the TX-L Indy was immediately a terrain racing sensation and all eyes were on its suspension.

However, the sled’s underpinnings were super light, and ridiculously tough.

The entire sled, save the IFS, was really simple: No radiators, no oil injection, no bells and whistles. Truthfully, the TX-L Indy was built like a simple, lightweight tank.

Add in this reality: Its Fuji 340cc twin cylinder liquid cooled-mill produced a grossly underrated 56 horsepower, all of which benefited from the Indy’s friction-free driveline.

The sled was a freewheeler and lost little power to parasitic drag. Add in Polaris’ efficient torque tower primary clutch and you had a recipe for both amazing top speed and legendary ride and handling.