How About A Brand New Vintage Sled? 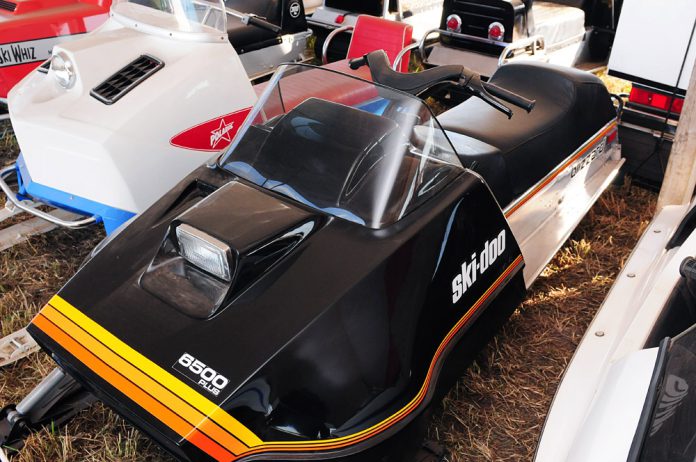 It’s impossible to deny the growing interest in vintage iron and the number of sled projects people are getting involved in to restore and resurrect sleds from an earlier era.

The number of vintage snowmobile races, ride-ins and shows is increasing every year and the old stuff, particularly the sleds from the pre-80’s period with leaf spring front suspensions, are becoming more common out on the trails.

Eventually we need to ask the question: Are these sleds having any effect on the new stuff we’re seeing in showrooms?

Also, there are so many EPA and government conformities today, the OEMs couldn’t very well go backwards with what is currently on the drawing boards.

One obvious change we’ve seen the last couple of years has been paint schemes to commemorate popular sleds of a bygone era. Polaris, on its Pro-R series sleds, has offered a unique 1970s and ’80s TXL red, white and navy blue paint scheme and it’s been a big success.

In 2012, Arctic Cat presented a black and gold minimalized paint scheme for some of its ProCross sleds reminiscent of oval racing Cats of the 1970s. This, too, was a popular rendition. Is a paint job enough, though?

We’ve heard rumors the manufacturers are so aware of the growing interest in vintage snowmobiles, there’s been consideration given to offering a limited edition, mid-performance model with a leaf spring suspension, carbureted powerplant and styling similar to popular models from a time when sleds were, lighter, simpler and way cheaper.

Obviously, the numbers built would have to be small but the logic is that because the snowmobile has reached such a high level of perfection, many potential buyers would be attracted to a sled like this that offered new millenium reliability and the cache of those older models. Price would be a huge factor.

Interesting conversation, but would you consider buying a brand new leaf spring sled like this?