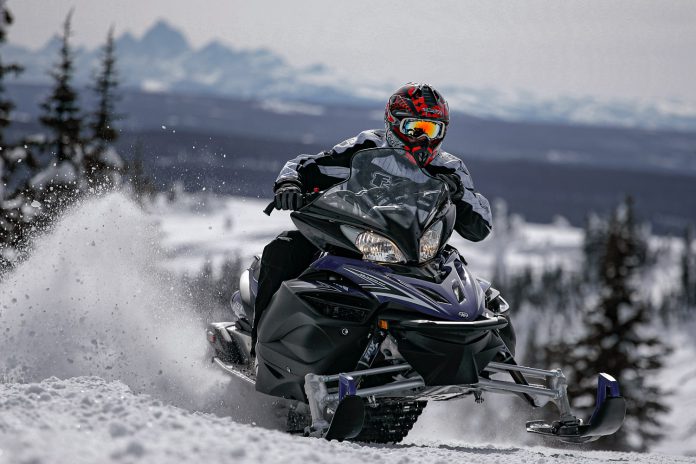 As usual, some of our eagle-eyed readers held us accountable for a couple of errors in our article on the Apex’s 4-cylinder 4-stroke entitled WILL THE APEX GENESIS 4 RETURN?

First, the errors. We had stated in the article that the Apex engine was a 16-valve engine when in fact, it was a 20-valve engine. We had flat-out forgotten each cylinder was crammed with five valves, not four.

Originally, the nomenclature, “Genesis” was designated exclusively to that 5-valve technology. We’re pretty sure the 5-valve Genesis design was restricted to the Apex I-4 and the 500cc Phazer twin, as far as snowmobiles are concerned (correct me if I’m wrong).

Today, Yamaha uses that terminology a bit more liberally and refers to the SideWinder’s 4-valves per cylinder engine as a “Genesis” also. Sorry about that – we should have remembered better – but we still give Yamaha its due for building such a complicated but reliable engine.

Next error. We overestimated the Apex’s 998 EFI engine’s peak RPM. We were a bit tall at saying it revved to 12,000 rpm. Our reader pointed out the most he’s ever seen that particular engine rev was around 10,500 with a cutoff at 11,200. Still, really high rpm for a 4-stroke snowmobile mill. However, he’s correct and we’re wrong.

Our point was that the high rpm of the engine needed to be dumbed down via a geared shaft to keep the revs low enough to ensure primary clutch survival.

This extra complexity and the extra valve train needed to operate five valves per cylinder does, in fact, increase the cost of manufacturing the Gen-4-piston engine and adds to the weight and complexity of it compared to the SideWinder’s 998 triple.

So, thanks to Dominic Gelinas and Mike Avery for keeping us going in a straight line. We’re glad they – and all of our readers – hold our hands to the flame and make us research our stories so all the facts are as accurate as possible.

Kent Lester
Previous articleSHOULD YAMAHA GIVE US A 2-STROKE CROSSOVER?
Next articleMACH VS SRX