SHOULD YAMAHA GIVE US A 2-STROKE CROSSOVER? 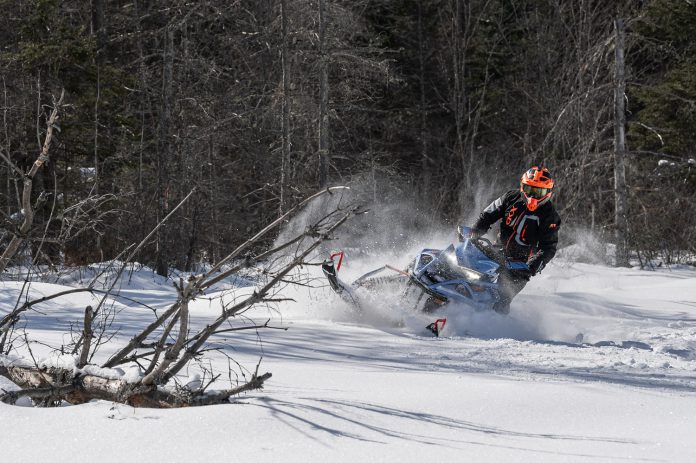 More speculating! Here’s something we’ve been wondering about since Yamaha committed to using 2-stroke engines in all of its mountain sleds: When will they come with a 2-stroke crossover?

So far, Yamaha’s crossover lineup has been focused on the SideWinder X-TX. This super powerful, turbocharged 3-cylinder long-tracker (146-inch) has been targeted at what has become one of the largest new-sled segments in the business.

No negatives on the performance of the X-TX – it’s a powerful, sophisticated piece of equipment that can handle both deep snow and trails with a lot of finesse – especially if the rider is strong, experienced and fearless. All areas of deep snow prowess are evidenced in the X-TX – deep snow mobility, flotation, tons of track-spinning power and decent climb-out. So why do they need a 2-stroke?

Sales numbers can confirm the deep snow market craves the lightness and maneuverability of a 2-stroke and Yamaha knows this – demonstrated by the return of the Mountain Max. Perhaps, when you factor in that a percentage of crossover sleds live their lives on groomed trails and lakes, the 4-stroke X-TX makes perfect sense. However, there’s a growing herd of riders who buy a 146-incher to specifically go off-trail on the flatlands, foothills and in powdery meadows.

Now, we don’t want to avoid the elephant in the room here. Arctic Cat builds some really good crossover sleds – the RIOT and the RIOT X. The plain vanilla RIOT is the closest to a true dual-purpose crossover you’ll ever get – great on trails, great in the deep stuff. You can even get it with from-the-handlebars adjustable suspension damping.

The RIOT X equipped with the single beam Alpha One rear skid is a powder junkie and pushes the limits of the definition of “crossover”. This semi-mountain sled, however, does fulfill the dreams of a certain more off-trail-serious type of rider and Cat sells more than a few to those kinds of riders.

We believe it would make tremendous sense to keep the turbocharged 4-stroke Sidewinder X-TX in the line-up but give the Yamaha customer the option of a dual purpose 2-stroke, too.

Our guess is that Yamaha has had this discussion at least once over the last two or three years and it makes sense Yamaha would want a piece of that market – and we all know where the company would go to get sleds like that. Frankly, we’d stand and applaud a move like that.

Kent Lester
Kent Lester is Co-Publisher of SUPERTRAX Magazine and a regular contributor to this website.
Previous articleThe Top Selling Do Anything Go Anywhere Ski-Doo
Next articleGENESIS 4-CYLINDER FACTS AND CORRECTIONS