EL TIGRE 6000: Lets Change The Names Of Our Stuff! 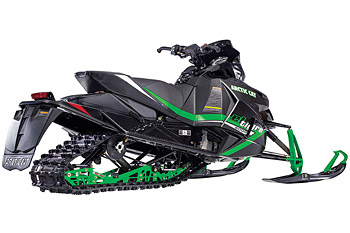 So, Arctic Cat has decided to re-name its engines and snowmobile series. The newest 2-stroke (600) is now called C-TEC (that sounds strangely familiar) and other engine series are positioned in a new cascading numerical sequence.

There’s more. Cat has also changed chassis names. Although the names ProCross and ProClimb are still used, Cat has walked away from the confusing “F” thing.

Arctic Cat has revived the legendary ZR and El Tigre handles for trail sleds but will stay with XF for crossovers.

Of course, there’s still the M-Series Pro Climb models and these sleds, under the hand of Troy Halverson and his team, have undergone radical modifications and weight reduction for the 2014 model year.

At any rate, the new nomenclature represents the most significant re-invention of the Arctic Cat product profile in at least a decade.

Kent Lester
Kent Lester is Co-Publisher of SUPERTRAX Magazine and a regular contributor to this website.
Previous articleWHAT’S ARCTIC CAT UP TO FOR 2014?
Next articleIS POLARIS GIVING UP ON 4-STROKES?