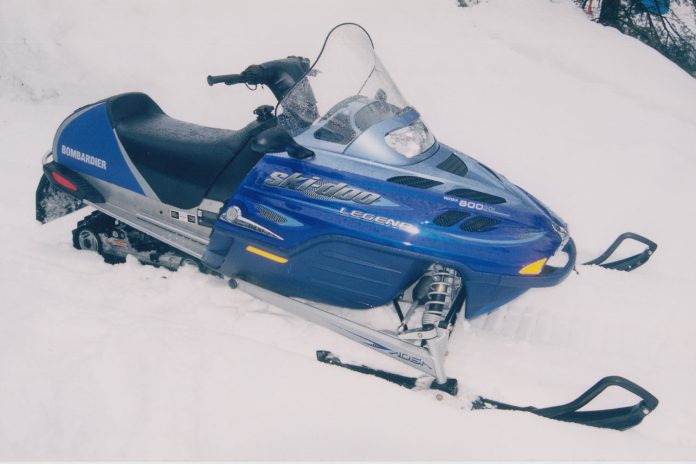 They simply had to go in an effort by the OEMs to clean up their total corporate average emissions.

I call these engines “rotten” because that’s what they’re doing – rotting – in older sleds while the pricey tooling used to cast their myriad pieces literally rots away.

This engine doesn’t fit the description of dirty at all! As a matter of fact, when it first appeared in the early 2000s it was the cleanest 2-stroke ever built and gave snowmobilers mega-hope the 2-stroke would always be viable.

This, despite the EPA’s graduated system of gauging air pollution emitted from snowmobiles, culminating in a final and very tight CO2 and hydrocarbon goal line by 2010!

Ski-Doo’s SDI twin had an illustrious career powering a legion of ‘Doos including the ZX platform and the original REV. These engines were – in their day – the envy of the industry.

The SDI was way ahead of other 2-stroke engines in the biz and, frankly, the industry reeled when Ski-Doo put the SDI 600 out to pasture in favor of the all-new Rotax E-TEC Direct Injection 600 powerplant.

Using two injectors running sequentially above and below one another in the transfer port, the SDI was exceptionally fuel-efficient and delivered smooth response without gurgling or sneezing when cold.

Truly an iconic mill is now rotting. So sad – but I regularly control my emotions with a quick pull up Kevlar Lake on an E-TEC 850.