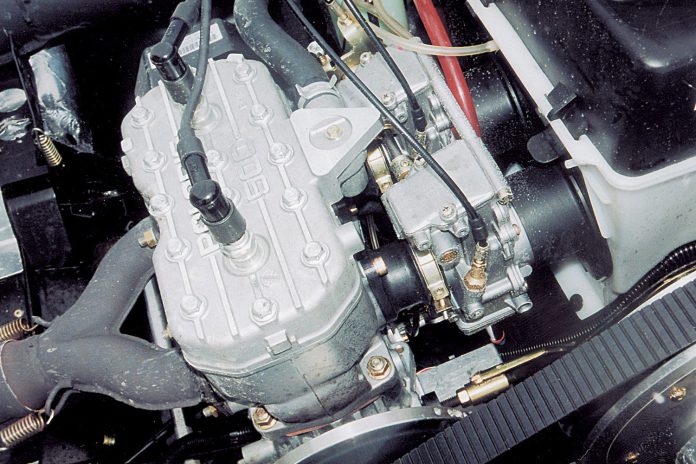 Buck-up! That’s an expression my Dad used when I needed to get tough! There’s hope, sno-mo-groupies and it’s not all bad news!

My list of dirty, rotten engines includes some of our all time faves! In virtually every situation where one of these engines was relegated to the scrap pile, the sport has benefited with a new and better engine that’s more powerful, more efficient and thus able to propel our coveted Snow Bullets even faster and more efficiently up Kevlar Lake.

This engine powered a record-breaking number of Indy 500 variant models and is rumored to be the sport’s all-time most popular engine.

For sure, hundreds of thousands of these simple, mid 80’s-horsepower twins were built from 1989 through the early 2000s by Fuji Heavy Industries in Japan to Polaris engineering specs.

The 488’s success was inextricably tied to an Indy chassis free of rolling friction, built out of aluminum (including the bulkhead) and had a P-series clutching duo transferring power that was the envy of the biz at that time.

For sure a much-loved engine that’s definitely missed.

On a lighter note, the Cleanfire SDI engines that replaced the 500 Fuji have helped us a great deal with post partum depression.