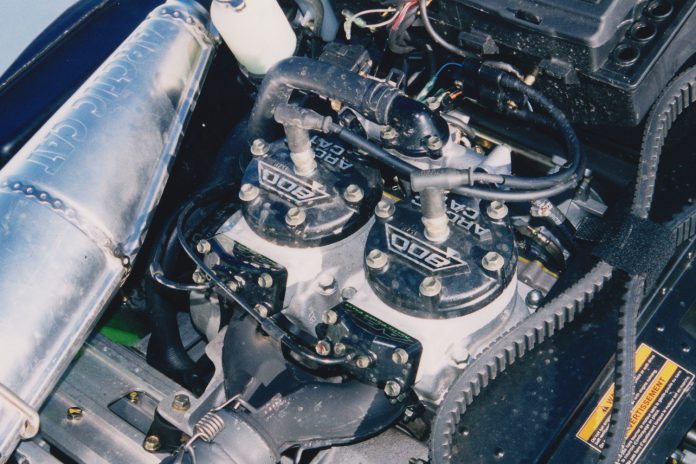 This throttle body–injected twin was a staple on Arctic Cat’s engine menu for almost 15 years.

The engine’s hallmark was unquestionably its bulletproof reliability. Some said you could push a ZR 800 out the backdoor of a C-130 cargo plane at 20,000 feet and the big Suzie would land on its wheels and start on the first pull.

Power, in the early days of the 800, was 100-percent industry competitive. However, as the years rolled on the engine didn’t get the necessary tune-ups it needed to stay at the top of the 800 class.

One not-so-nice feature of the big twin was its fattish response at engagement and its unrepentant production of thick exhaust smoke – warm or cold.

The 800’s throttle body injection system was the culprit. Because fuel was scavenged into the crankcase and oil mixed in the fuel rail, too much oil-rich, unburned fuel made it out the exhaust port.

If the EPA guidelines had never been set out, this engine could easily have been modified to make the most power in the biz. Why? There was so much lube getting into that engine it didn’t matter how lean you set it up, it would survive.

In its day we used to joke, if you left this engine idling too long you’d have to send out a search party to find it because it would have vibrated the sled right off the trail and into the woods.

Still, no hardcore green underwearer will ever say a bad word about this iconic and extremely popular engine.