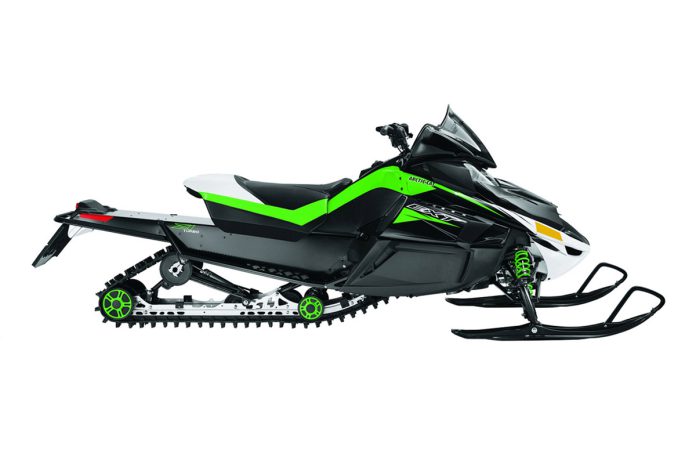 Following the T660 era the move to insert a purpose-built 1056cc even firing parallel twin avec turbocharger in the new Twin Spar chassis was completely in character with the bravado Arctic Cat displayed at this time in sno-mo-history.

I personally had my left foot compressed by a 100-mph secondary pulley flying around under the hood of a Twin Spar turbo. The noise was similar to 35 flying ball bearings inside a galvanized garbage can.

The good news is this: If you can find a used Twin Spar Turbo that hasn’t been chipped and/or the waste gate modified you can own a sled that’ll give a new Pro Cross Arctic Cat Thundercat Turbo a good run.

While it is wise to use boost judiciously – that means not holding the sled wide open for 90 seconds at a time – you can still zoom past the C-note with your hair on fire. Speed is speed and horsepower is horsepower. Despite being 10 years old these sleds are revered for their top end and acceleration to this day.

I mostly agree with Mark’s choice here, mainly because the big 1056cc Suzuki 4-stroke twin was so reliable.

However, an easier-to-find and equally reliable answer would have been the 2011 F8 using Suzuki’s famous 800 twin. The fact is, this 800 was the most trouble-free and reliable 800 of this era.

Yes, it smoked like a radio emcee and had some faults like excess vibes and not the best gas mileage but it could take abuse and outlive the competition’s 800s on the long haul.