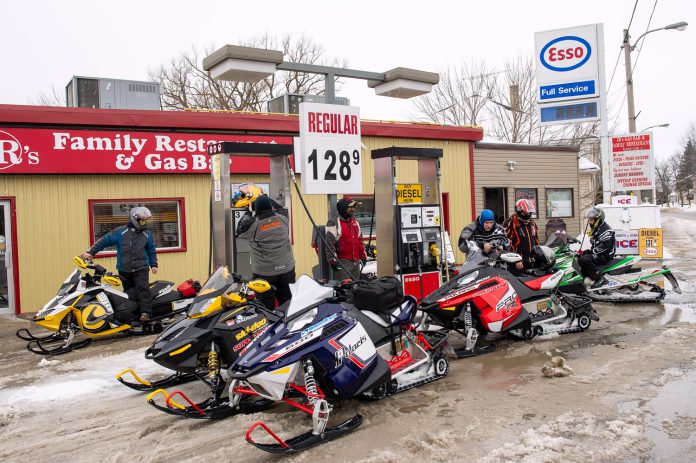 A recent news story in Canada has Francois Legault, Premier of the province of Quebec (for our US readers, that’s similar to a state Governor), posturing to ban the sale of internal combustion engine powered on-road vehicles by 2035.

His rationale is the same as every other blinkered politician: Save the environment. To the Premier’s credit, Quebec is rich in low environmental impact hydro-generated electricity.

Of course, this has to be framed with the reality that the incredible amount of land mass flooded many decades ago to provide a reservoir for waterfall turbines to generate said power, created what would today be considered an environmental apocalypse. Oops, can’t do anything about that now.

I digress. Consider the fall-out from such a drastic, unwise move. First off, the reason electric cars are selling in higher ratios in Quebec compared to other Canadian jurisdictions is the abundant government subsidies (rebates) buyers receive, both provincially and federally.

These subsidies, if they remain in place, are monetarily unsustainable when you extrapolate their cost over the total Quebec auto market – not just a few percent of the market.

In the meantime the money your neighbor received toward the purchase of the Tesla in his garage came from the taxes on your purchase of fossil fuels for the internal combustion engine propelling your car.

Here’s where I want to touch on how this kind of move by government can have a cascading, detrimental impact on many other industries, not the least of which is the powersport and snowmobile tourism biz.

It’s no secret the number of gasoline retail outlets in pretty much every jurisdiction across North America is shrinking. In urban areas this isn’t a problem but in the rural and isolated places we ride our sleds, it is already a problem.

With an impending ban on gas powered on-road vehicles you can bet the number of gasoline retailers will shrink rapidly in Quebec, particularly in rural markets.

Yes, there will be an aging fleet of gas-powered vehicles for at least a dozen years after the ban, however, the trend will be to reduce fuel distribution and increase electric re-charge locations.

I need to say this about the ever-increasing predisposition of politicians to get ahead of themselves when it comes to electric transportation.

The three critical barriers to widespread replacement of fossil fuels with electricity haven’t changed in the last decade and frankly there hasn’t been much progress on any of them.

For the record, we think the team at Taiga have been completely realistic with the development and targeted use of its new electric snowmobile models. Taiga is up front with its assertion its sleds are a better idea when it comes to rental fleets in places like West Yellowstone.

Snowmobile rental units are used on a completely predictable daily route by rental operators. Even mountain sled rental riders would be able to spend a day on a deep snow Taiga and have enough power to get home.

What isn’t about to happen in our sport until progress is made with the aforementioned three barriers (all three, not just two or one), is widespread consumer acceptance of electric powered sleds.

In the automotive world there are more than a few disillusioned electric car owners who have discovered they simply cannot get “there and back” without a hugely time consuming “fill up” with electricity. With an on-road electric vehicle the consequences of “running out” are relatively simple – get a tow to a charging station. With an off-road vehicle? Big trouble.

For snowmobilers and pretty much all powersport enthusiasts who don’t see themselves buying an electric powered off-road vehicle, Quebec’s move to all electric powered cars will create havoc.

With an inevitable reduction of gasoline retailers as a result of the sale of only electric cars, powersport enthusiasts will be stuck with carrying copious amounts of fuel when they ride in Quebec.

For the record, there’s no way a charging infrastructure supporting remote locations where off-road activity occurs year round, would be monetarily practical.

The cost for Level 3 charging stations capable of recharging an electric snowmobile to 80 percent in approximately 45 minutes (this is the fastest system available for electric powered vehicles) is huge.

Consider if just 5-percent of the sleds on trails in Quebec were electric powered. What would a local pit stop for lunch look like when six, eight or ten electric sleds needed charging to get home?

Don’t misinterpret what I’m saying here; I am in no way against electric powered snowmobiles. I think the integration of the current technology Taiga is pioneering and at the forefront of developing makes perfect sense. Ski-hill maintenance sleds, rental fleets and commercial operators like pole line and pipeline companies would all benefit from electric powered sleds.

If the big three detractors to electric powered off-road vehicles can be eliminated in the next ten years, then integration, not legislation of these vehicles into the market can provide an interesting alternative to current internal combustion powered sleds, ATVs, SxS and dirt bikes.

However, as it sits right now there’s a ton of work necessary to take electric power to the consumer off-road marketplace.

Mark Lester
Mark Lester is Co-Publisher of SUPERTRAX Magazine and a regular Host on SNOWTRAX TV.
Previous articleSnowmobile Helmet Safety Lights
Next articleWHEN WILL WE SEE A NEXT-GEN SKI-DOO?