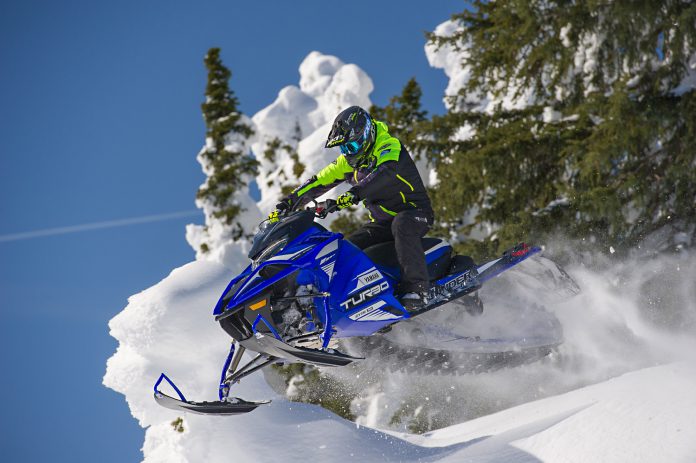 Looking in the rearview mirror, you can see how far Yamaha has come since it entered into a manufacturing agreement with Arctic Cat a few years ago.

Meanwhile, the company has not stopped innovating. Think about the blockbuster intro of the SideWinder last year or this year’s cool YRSS front suspension for the Apex or the return of the SnoScoot.

Those were and are unique Yamaha innovations and speak loudly of the company’s genius at birthing new tech in the snowmobile biz.

We think there’s opportunity for Yamaha to grow market share but there seems to be a refusal to get on the pony and ride. Here’s how we think the company could move forward – fast.

It’s time for Yamaha to rationalize its model lines. Sure, the Apex is in its final year but frankly, we were surprised to learn other models didn’t get the punt before it did. Some of Yamaha’s older carryovers only sell in very small numbers and yeah, no argument, some are very good snowmobiles but they could and already have been replaced by the new-era models. Time to cut the cord and go with the latest stuff.

We already mentioned Yamaha has come up with a lot of exciting, fresh technology the last three or four years. Why not use it on the SR models like the Viper and Sidewinder?

The Viper especially needs an update and some of that pure Yamaha tech, already perfected, would renew customer interest in it. The new-last-year YSRC roller secondary from the SideWinder would change the performance of the 1049 Vipe considerably without having to go through the EPA minefield. So would the use of the drive-by wire electronic throttle system used on the Vector.

How about using the lightweight SingleShot skid in the Viper? It’s been proven to be very competent and works great in both 129 and 146-inch lengths. Just those additions would breathe new life into the brand and get the showrooms buzzing.

3. DON’T BE SHY ABOUT BEING YAMAHA

Some longtime Yamaha owners were embarrassed when Yamaha joined forces with Cat to supply engines and chassis-swap.

We haven’t met many lately who feel that way now that the dust has settled but we’ve often asked them the question: “Would you like Yamaha sleds to be more uniquely Yamaha?”

The answer is almost always, yes! And hey, why not? The company has an incredible history in the sport and a huge following of dedicated customers. Besides all that, Yamaha has shown it is still a great innovator and has technology banked it’s dying to show off.

We’re probably not telling you anything that hasn’t already been discussed in Yamaha boardrooms a hundred times, however, we look at the progression of Yamaha in the industry and it just seems like there’s so much potential for the company to kick butt. C’mon Yamaha, flex those muscles!

Kent Lester
Previous articleSUPERTRAX TEAM WITH THE INTREPID SNOWMOBILER
Next articleWHO IS NEXT WITH A MID-SIZED SLED?