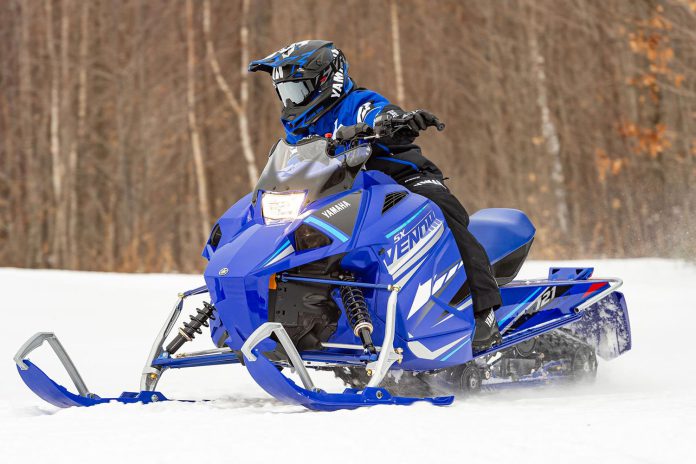 Surprise! The new Venom is pretty much a carbon copy of Arctic Cat’s BLAST introduced earlier this season!

Although that revelation won’t go down in snowmobile history as one of the most momentous new-model announcements ever, it is an important step for Yamaha.

Why? Because the Venom is a 2-stroke! This means there are several 2-stroke sleds on Yamaha’s 2021 model menu in more than one category.

This is big stuff from the company that pledged 18 years ago to go all 4-stroke. Yamaha stuck to its word for a long time but now has succumbed to the pressure from its own super-loyal customers to include some 2-strokes in its brochure. Good on them for responding, too!

This is good because it gives us media types something to talk about and inevitably compare to the competition.