IS BOONDOCKING RUINING OUR SPORT? 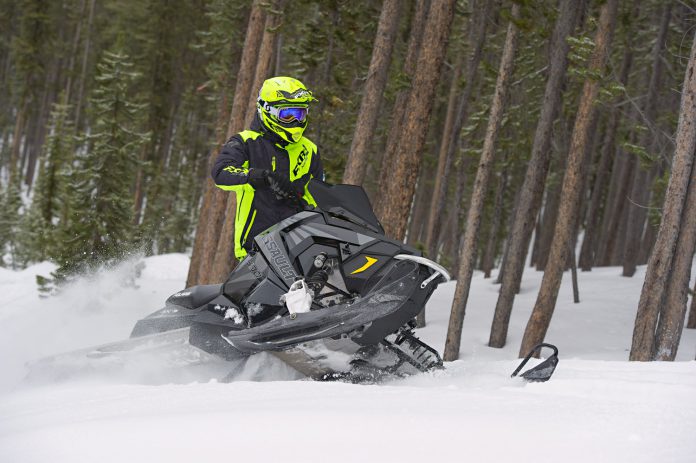 I have some concerns about the programming lately that seems to always promote ditch banging and boondocking.

We have lost so many trails and reroute on roads due to people not staying on the trail. It has gotten so bad that landowners have strung up barbed wire booby traps in multiple locations.

I don’t know if sending the message of off-trail riding is helping out the sport in our area. Farmers are paying a million plus for 100 acres of land in our area and I can’t see them wanting their winter wheat boondocked all over. I am asking you guys to give some thought into this matter.

Our neighbouring club lost a beautiful piece of trail over people boondocking and this is the area where barbed wire is being put out, which could kill someone. I like your show and watch it faithfully. I am a fan, but as a volunteer who helps put out landowner fires year after year it is getting old.

Let me begin by saying thank you for your commitment to the trails in your area. We respect the effort and cost which goes into maintaing our trails here in Ontario.

Here’s the issue. First off, our characterizations of boon docking/free riding on Snowtrax Television and the editorialization of it in Supertrax Mag are not the reason why snowmobilers are riding off trail. We are committed to responsible snowmobile use and access.

If that means there’s no off-trail riding in your area, we’re behind you. However, SnowTrax and Supertrax are international media outlets and our viewers cover a wide spectrum of geography and riding disciplines. We simply cannot comment solely on one jurisdictions issues. However we do comment on this issue from the standpoint it’s only acceptable where it’s allowed.

We have not and will not encourage off trail riding if it’s not allowed. A SnowTrax Television feature was produced and aired this season on Wawa, Ontario’s free riding opportunities being promoted by the area and Ontario Tourism. It was crystal clear the free riding in the episode was being done in that area and no endorsement of it elsewhere was represented or implied. However, the Wawa model is actually the answer – not the problem.

This issue is much bigger than most in the organized snowmobiling community realize. Ten years ago the “heroes” in snowmobiling were big name sno-X racers. Everyone wanted to be Morgan, Hibbert, Vincent and a dozen others. Ten years later these icons are not the heros they once were – free riders and big snow mountain riders are. Dan Adams, Chris Burandt, Cark Kuster and more are who today’s younger riders want to emulate. We’re witnessing anyone with a tatoo and a back pack calling themselves free riders – here in the eastern half of the continent. In Quebec it is even more prevalent than in Ontario. I suspect were about two years behind them with free riding popularity continuing to spread across the flatland, trail based marketplace.

The issue of riders straying off trail is not going to lesson. I believe it is going to become a bigger issue. To this end there’s two things we can do. Continue to emphasize, communicate and enforce responsible riding and – maybe most importantly – figure out how to provide places for snowmobilers to enjoy this new kind of riding. My second point generally infuriates those maintaining trails and I get that – however, I believe it is key to figuring out how to handle this important issue.

Thanks for your kind words regarding the show.